The accession process has brought our two countries much closer than what we could have ever imagined.

The European common space has opened new venues for cooperation between Spain and Croatia in every aspect, and made two countries much closer, says H.E. Mr. D. Eduardo Aznar Campos, the Spanish Ambassador to Croatia, with whom we spoke at the end of his tenure. 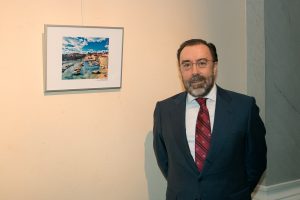 We certainly find Germany and France at the core of the European construction. However, this is an open process, where all Member States have been, and are contributing in many and different degrees. Talking about Spain, Europe’s projection towards Latin America or the Mediterranean Southern Rim is a direct consequence of Spanish efforts to broaden Europe’s foreign policy. Other fundamental aspects of the EU, such as cohesion funds, the promotion of the European security and defense identity, a common space for justice and home affairs, the fight against terrorism, or the promotion of cultural and linguistic diversity, are also directly linked to our active role in the Union. And when it comes to Europe’s future, my country has always given solid support to a deeper political and economic integration.

Croatia, like Spain, is recognized as one of the Member States with the strongest pro-European feelings, and this mere fact is already a great contribution. On the other hand, with Croatia in the Union, Europe has become more sensitive to the importance of this region for the stability and prosperity of the whole continent. As for Croatian citizens, I think Croatia’s entry into the EU meant a great boost for the modernization process of their society and the promotion of the values upon which our free and democratic societies are based. 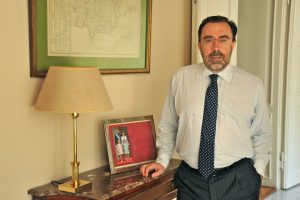 Since its very inception, the process of European construction has been evolving, reaching new levels and improving its institutions. As in our own societies there is always room to do things better, to adjust and to advance. This has always happened and will always happen in the EU. However, what is important is that the true connection between the European ideals and the European citizens is upheld. I therefore see the present situation as a challenge to improve ourselves and the Union.

If you look at different statistical indicators, you will notice that after Croatia’s joining the Union our bilateral economic relations increased considerably. But, what has been more significant is that during this accession process we have come to know each other much better. The Spanish presidency over the Union in the first semester of 2010 gave Croatia’s entry a major push. And during the process of accession, after Germany and Austria, Spain played a major role in modernizing Croatian structures, from customs to the health care system, thanks to a series of twinning projects. The constant presence of Spanish experts in Croatia, working with, but also learning from Croatian counterparts created a network of personal relations that have brought our two countries much closer than what we could have ever imagined.

Being part of the common single market has fostered our economic relations. The value of our bilateral trade exceeded EUR 500 million in 2017, and its growth has been constant for the past years. The European common space has also promoted a better and closer interaction between our civil societies and cultural circles. We are witnesses of this process every single day in such segments as literature, cinema, music, dance or theatre. Our presence in all cultural festivals in Croatia is permanent. I would just like to highlight the success of our participation as partner country at the Varazdin Baroque Evenings of 2016.

I think Croatia has learnt from our success in promoting Spain as a main tourist destination, but has also learnt to avoid some of our mistakes. In some aspects we are competitors, but I think competition will help us to improve our tourist industries. As you know, we always need that kind of challenge that brings out the best in us. 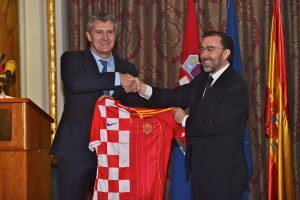