The annual conference of ambassadors, consuls general and military envoys of the Republic of Croatia is helding today and will held  on Friday, 26th , 2022, at the Westin Hotel in Zagreb. 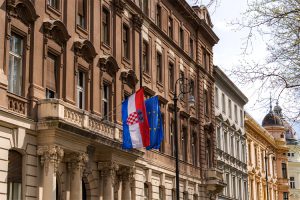 The conference was opened by the Prime Minister of the Republic of Croatia, Andrej Plenković, followed by an address by Minister Gordan Grlić Radman, as well as a panel discussion with the President of the Croatian National Assembly and Deputy Speaker of the House of Peoples of the Parliamentary Assembly of Bosnia and Herzegovina, Dragan Čović, and then the President of the Croatian Parliament, Gordan Jandroković.

On Friday, August 26, the address of the special guest, the Minister of Foreign Affairs of the Hellenic Republic, Nikos Dendias, is scheduled to begin at 10:30 a.m.

During the two days of the conference, panel discussions on current foreign policy and security challenges as well as cultural and public diplomacy with numerous speakers are planned.