In the first four months of this year Croatian exports expressed in kuna rose compared to the same period last year by 16.7 percent, while at the same time imports of goods increased by 10.8 percent, according to other data, which on Friday released the Central Bureau of Statistics.

CBS was also corrected upwards their first assessment, which spoke of the growth of exports in the first four months of 2017 year on year by 15.8 percent and imports by 9.6 percent.
According to the new, provisional data, Croatia is in the first four months of this year on foreign markets exported goods worth 32.4 billion kuna, and imported goods worth more than 52 billion.
As a result of such developments, trade deficit Croatian international for the first four months increased by 2.13 per cent, to 19.6 billion, while the export-import ratio at the end of April this year was 62.4 percent, or 2.2 percentage points less than end of March.
Expressed in euros, the Croatian goods exports in the first four months of this year rose even more – by 18.8 percent to EUR 4.3 billion, with a simultaneous increase in imports by 12.7 percent to 6.96 billion euros. Consequently, the trade deficit Croatian foreign denominated in euro amounts to 2.62 billion euros and four percent higher than the same time last year.
Most of export and import in the EU – the most important trade partners of Croatian and still are members of the European Union, which accounted for almost 65 percent of merchandise exports from the first four months, and nearly 80 percent of imports. Exports to these countries amounted to the end of April EUR 2.8 billion and was 13.7 percent higher than a year earlier, while imports increased by ten percent to nearly 5.5 billion euros.
Individually, Croatia greatest value merchandise trade is realized with Germany, Italy and Slovenia. Thus, in Germany the Croatian economy by the end of April exported goods to more than 518.7 million euros, with an annual growth of 11.3 percent, while imports from Europe’s biggest economy simultaneously grew 10.6 percent to nearly 1.13 billion euros .
In Italy, exports of goods at the same time amounted to 574.6 million euros and was 13.7 percent higher than last year, while imports of goods from that country grew by 9.5.

Source: National Bureau of Statistics of the Republic of Croatia 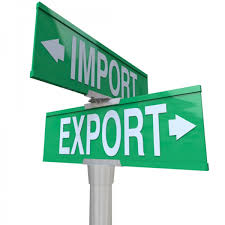