The fifth oldest airline in the world, Czech Airlines, has been declared bankrupt in Prague last week. The airline is in debt to 266 creditors, mostly suppliers, and 230,000 passengers who are awaiting refunds for canceled flights. The total debts equal $82 million. 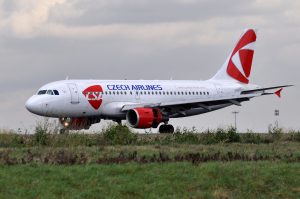 The Court has asked ČSA’s creditors to register their claims ahead of their meeting in June. Meanwhile, the insolvency administrator is reportedly weighing up whether to ground the fleet and request the airline to sell its assets. At present, Czech Airlines flights are still operating but at a greatly reduced rate. The airline has taken its ATR aircraft out of it fleet and now only has three planes remaining.

The Court has also formed an interim committee of the creditors for the process of insolvency proceedings. The committee contains representatives of ČSA’s suppliers, banks, and even a passenger named as Tomáš Hefr. The passenger was reported by Zdopravy.cz to be awaiting a refund of CZK7,273 ($320).