The European Commission on Wednesday issued a recommendation to gradually lift travel restrictions between EU countries or areas with similar epidemiological situations in an effort to salvage what can be salvaged of this year’s tourism season. 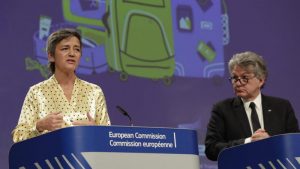 “Free movement and cross-border travel are key to tourism. As the Member States manage to reduce the circulation of the virus, blanket restrictions to free movement should be replaced by more targeted measures. If a generalised lifting of restrictions is not justified by the health situation, the Commission proposes a phased and coordinated approach that starts by lifting restrictions between areas or Member States with sufficiently similar epidemiological situations,” the EC said in a press release.

The EC has released guidelines and recommendations that are not binding on member states but that can help in coordinating the gradual lifting of travel restrictions and allow tourism businesses to reopen after months of lockdown due to the coronavirus pandemic.

The EC’s tourism and transport package, released on Wednesday, includes an overall strategy towards recovery in 2020 and beyond; a common approach to restoring free movement and lifting restrictions at EU internal borders in a gradual and coordinated way; a framework to support the gradual re-establishment of transport whilst ensuring the safety of passengers and personnel; a recommendation which aims to make travel vouchers an attractive alternative to a cash reimbursement for consumers; and criteria for restoring tourism activities safely and gradually and for developing health protocols for hospitality establishments such as hotels.

The EC underscores that the approach must also be flexible including the possibility to reintroduce certain measures if the epidemiological situation requires.

The EC says that member states should act on the basis of the following three criteria: epidemiological, notably focusing on areas where the situation is improving, based on guidance by the European Centre for Disease Prevention and Control (ECDC) and using the regional map developed by the ECDC; the ability to apply containment measures throughout the whole journey including at border crossings, including additional safeguards and measures where physical distancing may be difficult to ensure; and economic and social considerations, initially prioritising cross-border movement in key areas of activity and including personal reasons.

The EC recommendation aims to ensure that vouchers become a viable and more attractive alternative to reimbursement for cancelled trips in the context of the current pandemic and that they be issued with a minimum validity period of 12 months. 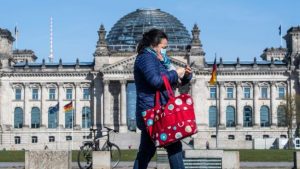 Croatian Prime Minister Andrej Plenkovic said on Wednesday that the documents on tourism and transport adopted by the European Commission were extremely important and that the discussion about them had been initiated by Croatia and him personally.

Ahead of an inner cabinet meeting, Plenkovic said it was on Croatia’s and his own initiative that the discussion started at the European Council about the fact that a large number of EU member states consider tourism as an important industry.

He was thus pleased, he added, that the European Commission presented proposals for member states on what to do concerning the coronavirus pandemic weakening at the global and national levels.

“… Tourism Minister Gari Cappelli will organise in the coming days, as he has done before, a new meeting of EU tourism ministers, following the release of the European Commission’s documents, so that they could agree on operational implementation,” Plenkovic said.

He assessed that it was important for Croatia to reactivate, by relaxing restrictions, its economy as much as possible, including tourism, and that to that end the measures introduced to facilitate crossing the borders for business reasons would also increasingly serve to revitalise tourism.

Asked which countries Croatia had talked to about cooperation in tourism and when the first tourists might arrive, he said that they were in talks with “many” countries.

“The tourism minister is talking to his colleagues, and I talked to a large number of prime ministers – in Slovenia, Hungary, Austria, Slovakia, the Czech Republic, Germany and in a score of other interested countries,” Plenkovic said.

Croatia is more than an attractive destination for all those who know us, and it is in our interest that the tourists who arrive act the same as Croatian citizens in the corona crisis, that is, extremely responsible, said the PM.

The European Commission recommended on Wednesday a gradual and coordinated lifting of travel restrictions between member states or regions within them that have similar epidemiological situations in order to salvage as much of the tourist season as possible.

The EC released guidelines and recommendations, which are not binding on member states, but can help to lift the travel restrictions in a coordinated way and to gradually activate the tourism sector after several months of complete standstill caused by the coronavirus pandemic.