For the birthday issue of Diplomacy & Commerce magazine, we have asked Croatian officials for their opinion on political and economic challenges that awaits Croatia in 2020 and the key challenges on a global scale. 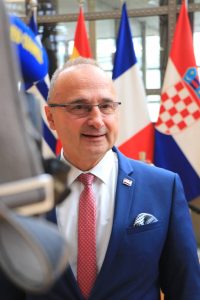 On 1st January, 2020, the Republic of Croatia begins its six-month-long presidency of the Council of the EU. The first Croatian presidency of the Council is the most comprehensive international project since the country’s independence and our great challenge, but also an opportunity and honour for the country. Almost all state bodies are involved in the preparation and future implementation of the presidency.

Our Presidency Programme we build on the key priorities identified by the new EU Strategic Programme for the 2019-2024 period while highlighting proposals and initiatives that can contribute to balanced and sustainable economic growth, strengthen the Union’s convergence and competitiveness (including further expansion of the economic and monetary union), and seek to address the current demographic challenges.

Another significant aspect of our Programme is related to intra-EU and neighbourhood connectivity, which includes transport, infrastructure and digital connectivity. The next priority is to boost external and internal security, through the protection of the EU’s external borders and to further develop justice and home affairs cooperation, with plans to adopt new long-term strategic guidelines for justice and home affairs during the Presidency of the Council of the EU. We will also underline the importance of addressing the root causes of migration. Our further priority is to improve the functioning of the Schengen Area and the eurozone, with a focus on enlargement, which is crucial for Croatia and the EU as a whole.

We will continue striving to attract new investments to create new jobs. In this regard, through its network of diplomatic missions and consular posts, the Ministry of Foreign and European Affairs, presents potential investors with investment opportunities, comparative advantages of Croatia and efforts made to simplify or abolish the administrative barriers and procedures encountered by our entrepreneurs, as well as inform them of the support that the Croatian Government offers investors. Foreign policy has thus been firmly rooted in the function of economic recovery, promotion of sustainable growth and international affirmation of the Croatian economy, as we continue to work hard on this. 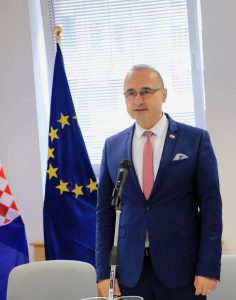 The growing trade tensions between large partners, the emergence of unilateral protectionist measures, and crises in the multilateral trading system all pose significant global challenges. These measures and crises reflect on not only the countries that are directly involved, such as China and the US, but also harm global trade chains, thereby slowing the growth of the entire global economy. The stability and predictability of trade rules are especially important for smaller economies based on small and medium-sized enterprises, such as the Croatian (more than 90% of Croatian enterprises are small and medium-sized). Therefore, there is a concern that current challenges facing the EU in the global market will have an impact on the Croatian economy as well.

Furthermore, a pronounced and growing economic inequality in the world causes security, health and climate crises and new tensions and conflicts, in addition to weakening overall economic growth. Investing in education, health and social empowerment of women, as well as creating economic opportunities for young people and integrating them into the labour market, are steps that will mitigate the effects of economic inequality. With this in mind, Croatia chooses its Official Development Assistance (ODA) projects and participates in the work of European and international organizations to achieve the UN Sustainable Development Goals (the 2030 Agenda) which we have pledged to do between 2015 and 2030.