The MZLZ (Zagreb International Airport) company, which operates Zagreb Airport, is going to refinance its existing loan under more favourable conditions, so the Croatian government authorised Transport and Infrastructure Minister Oleg Butković to sign a contract with the concession-holder whereby Zagreb is greenlighting the refinancing. 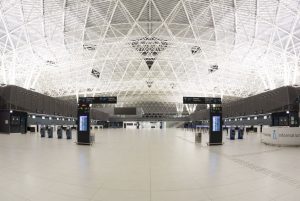 The prerequisites have been created for the refinancing of the current loan and that will enable the further stabilisation of the project as well as pave the way for further investments in the enlargement of the existing passenger terminal.

Under the concession agreement, the state, which awarded this concession to the MZLZ, was entitled to 33% of any profit coming from the refinancing.

The airport is owned by the Croatian government (55%), the City of Zagreb (35%), Zagreb County, and the Town of Velika Gorica, each with 5%.