The Hungarian government has made an offer to buy 25 percent of a LNG terminal that is to be built in Croatia, said Hungarian Foreign Minister Peter Szijjarto.

He had talks with Croatia’s Environment and Energy Minister Tomislav Ćorić on the sidelines of a China-Central and Eastern Europe summit and said it was crucial for Central Europe to diversify its gas supplies. 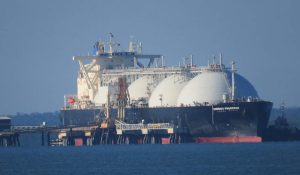 Szijjarto said it was in Hungary’s strategic interest that the terminal should be built and that it should offer gas to Hungary at a competitive price. He added that the decision and the plans for the terminal have been in place, but “there has been no progress” in the physical implementation.

The Hungarian foreign minister said that Croatia had “not yet provided a clear answer” on the matter, as the country wants to take a decision on Hungary’s offer at the same time as it contracts gas volume. Investing in the terminal is “a strategic issue” but “we will certainly not buy gas at a higher price than at present,” he said, adding that the negotiations would continue.

Ćorić confirmed on Monday that he had received a letter of intent from Hungary to purchase a 25 percent stake in the future LNG terminal, adding that the interest in entering the ownership structure should be accompanied by an interest in the lease of gas from the LNG facility on the northern Adriatic island of Krk.

“A few weeks ago, Hungarian Foreign Minister Peter Szijjarto sent a letter of intent on behalf of the Hungarian government. Hungary is interested in buying 25% plus one share in the LNG terminal,” Ćorić said then in response to questions from the press.

He said that talks with Hungary would continue at the summit of 16 Central and Eastern European countries and China in Dubrovnik. He noted that Hungary’s demand for gas was considerably higher than Croatia’s, given that Hungary’s annual natural gas consumption ranges between nine and ten billion cubic metres, compared with Croatia’s consumption of 2.7 billion cubic metres.

The value of the floating LNG terminal on Krk island is estimated at 234 million euro. The European Commission has approved a 101.4 million euro grant for the project, which is included on the Commission’s list of projects of common interest.

The Croatian government has decided to set aside 100 million euro for the project, 50 million in 2019 and as much in 2020. The remaining 32.6 million euro will be provided by the founders of the LNG Croatia company – the HEP national electricity provider and the Plinacro gas network operator.

Ćorić reiterated that the construction of the LNG terminal was a strategic project for Croatia.