Despite the considerable setback dealt by the pandemic, Croatia has a rare opportunity in the next five years to restore its economy to health and to ramp up the public investments necessary for appreciably higher growth rates with the help of EU funds, an IMF mission says in a Concluding Statement. 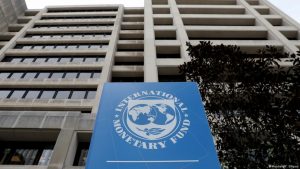 “Following a painful contraction of 8 percent in 2020, the economy looks set for growth between 5 and 6 percent in 2021 driven by a rebound in the services sector and investment – provided the pandemic does not provide further unwelcome surprises,” the mission says the statement published on Wednesday after visiting Croatia as part of regular consultations with member states.

“With sufficient luck regarding tourism outcomes, and a successful vaccination drive within the next months, growth could even exceed 6 percent this year. Assuming the pandemic fades by the end of this year, growth could remain high over the next few years, if the country makes full and timely use of the potentially sizable forthcoming inflow of EU funds,” according to the statement.

“Since the first quarter, the recovery has picked up noticeably with areas like construction and manufacturing already reaching activity levels higher than in 2019. Overall, the number of registered unemployed persons has fallen by nearly 13 percent since a year ago. However, tourism and directly related sectors are yet to fully recover. This process is likely to take another year or two.”

Swift measures by the authorities

“Between the pandemic and two large earthquakes, Croatia has been severely tested, and the country’s resilience has come through. The economic contraction in 2020 – painful as it has been -was not as severe as those experienced by many other economies with a strong tourism component. This is mainly due to the swift measures enacted by the authorities,” the IMF staff said.

“Support measures must remain in place until the health of the population and the economy have been fully restored. As conditions improve, support measures need to rotate toward preparing the workforce for the post-pandemic world, and facilitating balance sheet repair of viable businesses. Thereafter, the challenge of once again reducing deficits and the public debt whilst shifting growth into a new high gear must be taken on. The generous funding from the EU represents a historic opportunity, to help meet these challenges successfully – an opportunity that must be fully utilized, in a timely fashion,” the IMF mission said.

Not the right time to further cut taxes

“It is paramount that a vaccination drive be as successful and widespread as possible, that extra healthcare costs are fully met and arrears in the healthcare system are reduced to the maximum possible extent,” according to the statement.

“Complementing the use of funds such as the European Social Fund, fiscal resources saved this year due to improving conditions can also be usefully redeployed to train more workers in sectors like greening and digitalization.”

“In sum, in the view of IMF staff, the most important fiscal goal in 2021 is to focus on spending available resources wisely to restore the economy to health. If this is successfully accomplished this year, it will more firmly ground the efforts to reduce the deficit and debt over the next few years,” said staff said in the Concluding Statement.

“Regarding revenues, the authorities need to conserve all available resources to meet any unexpected expenditures into 2022, and well beyond. This is one clear lesson from this completely unforeseen shock the world has suffered. We hold that this is not the right time for any further tax cuts or weakening of the tax base. Current conditions are still far too fragile for the country to afford them,” they said.

They said that there were few doubts that a post-pandemic “will be more digitalized in the most basic aspects of our lives, and that it should be greener. In these two areas, Croatia has great strides to take, from which there will be a sizable return on investment, for decades to come.”

The IMF reiterated that “our most important recommendation was to raise public investment, for the sake of future growth. Now, that conviction has only deepened, as it is important to acknowledge a singular aspect in which Croatia is actually better off than it was before the pandemic.”

That is “the generous allocation of EU Funds, including from the Recovery and Resilience Fund (RRF). The RRF resources amount to 10.6 percent of GDP in grants to be utilized by 2026.”

“These funds reflect a truly unique opportunity along the path of economic development, which many countries in the world are not fortunate enough to have. It is important for all stakeholders in Croatia to fully understand the significance of this opportunity. These funds are available, but they need to be absorbed efficiently, and in a timely manner. They must also be accompanied by needed reforms,” the IMF said.

“Thanks to the influx of these EU funds beginning towards the end of this year, Croatia can significantly upgrade its public capital stock, decarbonize its economy, catch up with digitalization, and improve its maritime and rail transport systems. If the projected investments go according to plan, we currently assess that the funds from the RRF alone could add as much as 2.9 percentage points to real GDP over the next twenty years.”

Opportunity to reduce income gap in relation to EU

“When the effects of the planned reforms, as well as the other EU structural funds are put together, Croatia now has its best chance since independence to significantly narrow the current 35% gap in per capita income with respect to the EU average,” the mission said.

It added that “the prospect of living in a vibrant society with prosperity rapidly converging to EU levels could cause the young to fundamentally re-evaluate their future, thereby further stemming the tide of outward migration. That, in turn, would have the positive effect of reducing risks to the sustainability of the healthcare and pensions systems. It is very much possible now, and unlike ever before, to start a virtuous cycle – and to definitively escape past vicious circles.”

The authorities have requested a Public Investment Management Assessment from the IMF, to take place in August 2021, the statement noted. “This assessment will help prepare an action plan to help make sure investment spending is effective, is sensitive to climate change related considerations and supports sustainable long-term growth.”

The authorities’ National Recovery and Resilience Plan “has laid out major complementary reform commitments across five components: green and digital economy, public administration and judiciary, education, science and research, labor market and social protection, and healthcare. These are essential for the flexibility Croatia needs to operate its economy smoothly, once inside the eurozone.”

Within the reform areas where the strength of public finances is the focus, IMF staff re-emphasizes the importance of support, from all stakeholders, for civil service and administrative reforms, “including a modernization of the public salary system, as well as improving the territorial organization of sub-national governments.”

Support is also called for ending “stop-gap measures to take care of healthcare arrears, through an overhaul of its cost structure” and “exploring a more sustainable revenue base, to preserve healthcare quality standards.”

The IMF also recommends the development and implementation of a full-fledged strategy for state-owned enterprises (SOEs), “including the separation of core from non-core businesses, and a strengthened oversight system for the former to ensure that they contribute their fair share to the budget by remaining financially durable after their public service obligations are met. The authorities’ commitments to sell some non-core SOEs over the next few years is a promising start.”

Also recommended is ensuring the long-term sustainability of the pension system, given population aging.

In addition to these areas, constantly improving the competitiveness of the Croatian economy through active dialogue with the private sector, remains essential.

“Monetary policy remains highly expansionary, within the exchange rate anchor in place since 1993. This stance is appropriate given the need to nurse the economy fully back to health,” the IMF staff said.

The recent pick-up in inflation is more likely than not to be transitory in nature, but should inflationary pressures prove more persistent than in the euro area, the central bank “may consider reducing excess liquidity in the banking system, while maintaining exchange rate stability.”

“The banking system has remained liquid and is on average well capitalized,” the mission said, adding that there was more than enough money to meet the demand for corporate loans.

“The pandemic has not affected the upward trend in house prices in Zagreb and coastal areas. To the extent that housing purchases are not driven by excessive household borrowing, they do not constitute an immediate financial stability risk,” the IMF said.