The first day of the 6th edition of the International Fair of Investment Projects REXPO 2017 met the expectations of the organizers and participants who had the opportunity to hear the attitudes of the public and private sector on the investment potential of Croatia, through six panels held, and to discuss the many current topics, challenges and opportunities with which meet those who have an interest in investing in Croatia. 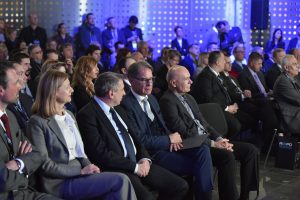 The first panel on the topic of new investors and the trends they are launching was also featured by Wael Al-Lawati, senior vice president of DAMAC International, who expressed his interest in investing in Croatia. The influence of the local airports on the development of the economy was very significant by the participants of the second panel, and the panels discussed the state of the construction operation, the market readiness for high-end housing projects and the opportunities for development and investment that enable EU funds and state aid. The panel discussing the impact of the international economic trend on investment trends in the region caused a great interest of visitors, and many REXPO 2017 visited because of the presentation entitled “Peljesac Bridge – engineering masterpiece” held by the chief constructor of the bridge, Marjan Pipenbaher.
Speaking at the inauguration of the REXPO 2017 fair, British Ambassador Andrewa Dalgleisha, who spoke on behalf of the country’s partner partner, and Branimir Gvozdenović, Vice-President of the Montenegrin Assembly, spoke of the Deputy Prime Minister and Minister of Construction and Physical Planning Predrag Štromar and Minister of Tourism Gari Cappelli. 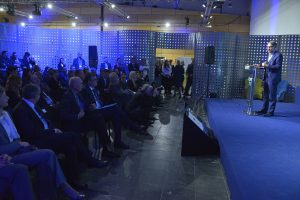 Deputy Prime Minister, Minister Stromar, said that one of the main goals of this government was to create a positive economic climate by enabling all necessary preconditions for new investments. “Only the synergy of responsible politics and all the other factors, primarily I think of engaged and enterprising businessmen and efficient public administration as their service, but also of all citizens, can lead to a healthy and growing economic climate. By doing so, all together, responsible politics, responsible entrepreneurship and responsible citizens, we will achieve the ultimate result that we all want and want, which is to prevent the further emigration in the first step, and then to encourage young people to return to Croatia, “he said is.
Minister of Tourism Gari Cappelli thanked all interested investors who have been coming to REXPO for years and show their interest in investing in Croatia. He put emphasis on investment in tourism that this year amounted to over 850 million EUR. “The results are brilliant, and they point to over 18 million tourist arrivals, over 100 million overnights, more than 45 hotels with 4 and 5 stars are open, and over 2,000 people are employed in newly opened facilities. We are already planning to make a deal with over € 30 million in joint advertising with tour operators in the Croatian development program as aviodestination, which will help extend the season and thus ease investor opportunities. There are about 950 million euros of safe investments in the public as well as in the private sector and an additional 350 million euro worth of ready-made projects focusing on investments in health tourism, “he said.
At the opening of the Fair, the “REXPO 2017 Best New Investment Award” was awarded for the first time by one of the most successful Croatian IT companies Infobip from Vodnjan.