We are facing a recession in the countries of the European Union, which are also our biggest trade partners.

The introduction of a new income tax outside the framework recommended by the European Commission – and they recommended the possible taxation of only the energy sector – will stop investments and employment and further wage growth, which are circumstances that promote recession and a potential economic crisis, says Irena Weber, Director General of the Croatian Association of Employers, for Diplomacy&Commerce. Obstacles on the path to a stronger and better business are administrative barriers, too much bureaucracy and rigid labor legislation, as well as the tax burden on labour, according to Weber. 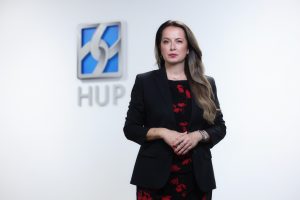 This is exactly why I came to HUP, as the umbrella association of employers, which always advocated for smart and successful Croatia over its 30 years of existence. I want to help create a better business environment and changes of legislative and administrative frameworks we operate in, and make it easier for thousands of talented and perspective entrepreneurs to transform their ideas into quality and sustainable companies. In a short period of time, we managed to achieve important things for entrepreneurship, the Government accepts our numerous initiatives. Among them, for example, is the expansion of the measure limiting the price of electricity for all companies, regardless of their size or the industry in which they operate.

HUP agrees that we need to act proactively and create a positive entrepreneurship climate in Croatia, and we need to push social partners toward solutions that will increase competitiveness of the entire society.

Croatia has huge potential, I see it as a country of satisfied and well-paid employees, a country that develops investments in innovative projects with high added value, and one that easily and quickly adopts new technologies.

We are facing a recession in the countries of the European Union, like Germany, Austria and Italy, which are also our biggest trading partners. The initial consequences of the slowdown of these economies are already seen in domestic economy.

Orders are being cancelled in all the sectors, and the processing industry is especially jeopardized.

A survey among HUP members showed that orders are being cancelled from Germany, Austria, Italy, Slovenia, and even Switzerland. We already recorded an average 20% drop, and according to HUP’s survey, entrepreneurs expect at least another 20% drop in the next 6 months. A part of members even reported a complete halt in orders

In the European Union and Germany, automobile industry, chemical industry, production of construction materials and production of durable consumer goods were impacted the most.

Therefore we can expect the crisis in markets of our trade partners could affect the metal industry, textile production and construction industry the most, but independent IT freelancers could also be in trouble, since tech companies are cancelling cooperation because they themselves are also firing around 10% of their workforce.

Instead of introducing a new tax, we think that now is the time to sit down with the Government to come up with measures and solutions to fight the upcoming crisis. This would be a continuation of good cooperation we had during the pandemic and the energy crisis.

I have already emphasized the gravity of the situation we are in, therefore we at HUP must warn that this is not the time for additional taxes or to raise uncertainty for the business community with an experimental tax.

The idea of a new tax is on the trail of the so-called windfall tax, i.e. profit tax, which fell from the sky, and after two difficult years for entrepreneurs and the fight against the pandemic, the lock down and then the energy crisis, anyone who earned money in the last year didn’t get it because it just fell in their lap, it is a result of hard work and responsible business.

No country of the European Union, except Hungary, has expanded the tax beyond the energy sector, so the proposed model reminds us of the Hungarian model at the moment, and that is not a model we want to emulate.

Crisis is before us, we don’t know how deep, and introduction of additional tax will push us into a very difficult position. Tax will eat into the capital for investments, and instead of increasing the salaries of their employees, companies will increase the budget with the money earned.

In the EU, Croatia is at the bottom of the ranking in terms of profitability of our economy, which means that we earn much less than our EU colleagues, and we are second in terms of the tax burden, that is, the part of the income that we have to pay to the state.

The Croatia that we, the employers, strive to is a technologically advance country of entrepreneurs and quality and satisfied employees. The entrepreneurs are those who bring in new ideas, create jobs, create added value, fill the budget – they are the creators of a more modern society, they innovate the market and the system… Entrepreneurs hold the future in their hands.

Entrepreneurs have made great successes in this country, and we certainly have a large number of individuals and companies that we can be very proud of. Some we know of and some we have never heard of and they do global business. What is certain is that this strong entrepreneurial force often does not get enough public space, and if it did, it would bring a new big wave of optimism. Uncovering this optimism is my main task.

Obstacles on the path to a stronger and better business are administrative barriers, too much bureaucracy and rigid labour legislation, as well as the tax burden on labour. We have to change that so the entrepreneurs could breathe easier, accelerate the growth of their employees’ standard, opening of new jobs and new investments.

Priority Zero imposed itself, which is the protection of entrepreneurs from shocks caused by the dramatic increase in energy prices. For many entrepreneurs, this is literally a matter of life and death. A short term priority is the adoption of a new and modern Labour Law, as a key lever for speeding up the market and wage growth. Tax relief for work is a prerequisite for keeping people in Croatia, and in an ideal scenario we hope for the return of emigrants.

Employers give their maximum and they are increasing salaries as much as they can. Even 88 percent of HUP members increased the salaries of their employees during this year, some even did it several times, and they also hope to be solvent enough to use the opportunity to award their employees, which opened with the Government’s set of measures. On average, companies that are HUP members increased the income of their employees by over 10% by September this year, and salary growth would even speed up if our proposal for work relief would be adopted.

I want to remind you that we proposed raising the personal deduction from HRK 4,000 to HRK 5,000 and reducing the lower income tax rate from 20 to 15 percent.

One of my main tasks is to change the perception of entrepreneurship and entrepreneurs in public space. As incredible as it sounds, I think that people are not aware of the fact that it is exclusively and only the entrepreneurs who create new added value and fill the state budget, they are the ones that enable the financing of everything else, from state and public sector to state investments. Well, I don’t find it normal that public television doesn’t have any TV shows dedicated to entrepreneurs and topics about entrepreneurship.

We also have to conduct reforms in the public sector so that the money paid to the state by citizens and entrepreneurs is spent in the best possible way, and so that they receive the best service for which we pay dearly – as much as 42 percent of our income goes to the state and local units, and today it is questionable whether we are getting enough from the institutions for almost half of our earnings.

HUP, the Government and the unions are social partners: these are the three aspects of the market without which there is no full picture. We balance the different views of stakeholders on the market, and we regularly find the best solutions in this communication. HUP advocates an entrepreneurial climate, the creation of new ideas, employment, market development, we create new values and create a modern state that will have a flexible organization, high efficiency and use all market resources in the smartest way.

We also have to work together on a modern Labour Law, which is a prerequisite for a vibrant labor market. Our employees move to countries with flexible legislation because such legislation, along with a lower workload, helps to create new jobs, advancement for employees and increase their standards, as well as the placement of new investments.

Amendments to the Labor Law that the Government sent to the procedure are not supported by HUP primarily because we did not get a modern Labour Law with them, and in principle because HUP cannot support a law with discriminatory provisions. Namely, the proposed law places members of representative trade unions in a privileged position compared to other workers. 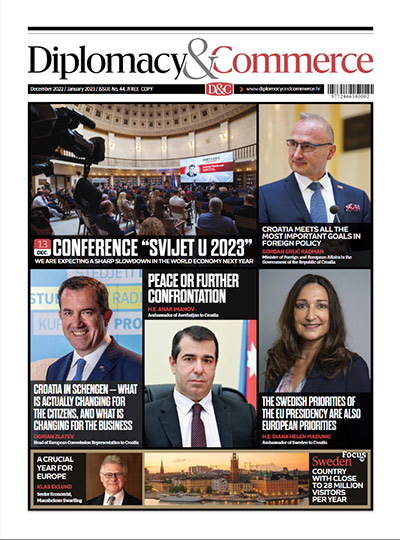