Changes are the most evident in the new Programme of measures for the reconstruction of earthquake-damaged buildings, which was adopted at the end of July and is in full implementation, Minister Ivan Pladina, Minister of Physical Planning, Construction and State Assets, told Diplomacy&Commerce. The Minister also announces the new Law on the Management of State Assets, the goal of which is the decentralization of the management of state property and complete digitalization. 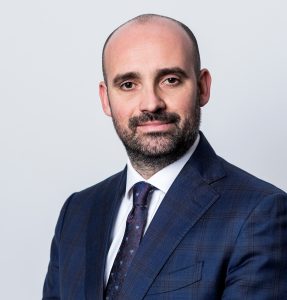 After assuming office, I analyzed the situation and presented to the public a plan to speed up the reconstruction. Today I can say that this plan is working and that the set goals are being met. One of the goals was to have 200 construction sites for structural renovation and construction of replacement family houses in earthquake-affected areas by the end of September, and it was achieved. Significant progress has also been made in resolving requests for renewal, although it is a very extensive and demanding process. The Ministry received almost 20,000 requests for renewal, and at this moment, more than 35% of them have been processed, while only around 15% were processed at the beginning of the year, which is a clear indication that the overall process has accelerated. It is also important to point out that more than 6,000 properties were reconstructed with less demanding works, i.e. non-structural reconstruction, which is not a negligible number. Part of them was restored through organized restoration, and part through the payment of financial aid to citizens.

Due to global disruption in the markets of building materials and products, it was necessary to review the maximum prices for goods, works and services, so they are updated quarterly, and if necessary, more often in order to avoid difficulties with contracting works. For the same reason, variable prices were introduced when concluding a contract. An important change is also the publication of tenders at a block level, i.e. a change of method in the system so that tenders are no longer published only for individual buildings, which greatly affected the duration of the process. Analyzing the situation in other countries that have experience with natural disasters and the way in which they carry out remediation of the consequences of disasters, we have improved the self-reconstruction model, i.e. we encourage citizens to take on the organizational part of real estate reconstruction with the aim of speeding up the reconstruction of their homes, for which we compensate them for the time spent through compensation for the cost of coordination (self-reconstruction manager) in the amount of up to 25,000 HRK for family houses or up to 80,000 HRK for multi-apartment buildings, depending on the type and size of the property. Also, for the reconstruction of family houses, it is possible to pay an advance for the development of the project and a 25% advance payment for the execution of works, and the entire funds for the contracted works can be paid to citizens before, during or after the self-reconstruction, depending on the model they choose. 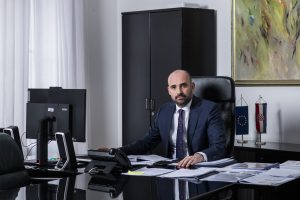 We appreciate and apply experiences of other countries in dealing with the consequences of disasters and take examples of best practices. I would especially like to point out the high-quality cooperation with the Embassy of Japan in the Republic of Croatia, which has been supporting Croatia in the reconstruction process from the beginning. Recently, the Build Back Better Together – Supporting the Post-Earthquake Reconstruction through Japan-Croatia Knowledge Exchange conference was held, where Japanese experts participated and shared their knowledge and experiences. The experiences of countries that have been developing disaster risk reduction systems for years are of great importance to us, and Japan is certainly leading the way with its seismic construction methods.

The establishment of a high-quality system of management and disposal of state assets is one of the Ministry’s priorities. Currently, the preparation of the new Law on the Management of State Assets is underway, and our goal is for it to be adopted in Q2 next year. We are considering the option of introducing partial decentralization of the management of state assets with the new law, that is, leaving part of the real estate to the management of local self-government units. In addition, the Terms of Reference for complete digitization of the state assets management process is already ready. The Ministry has announced procurement procedure for the creation of the system, and the system will be part of the ISPU and will come into existence before the adoption of the new law. We are also planning to create a platform for the “e-public tenders” system, which will enable bidding on state-owned real estate. As for the current management of state property, unfortunately we are faced with the fact that many state-owned real estate are the subject of judicial processes, therefore we are unable to dispose of these real estates, but we also continuously have active tenders for the sale of real estate, such as the current sale of the Villa in Nazorova 72 in Zagreb, and tenders for the lease of business premises are on-going.

The Ministry of Physical Planning, Construction and State Assets attended this expo for the first time this year in cooperation with the County of Istria and Brijuni rivijera d.o.o. We presented real estate and the largest investment projects and locations from the portfolio owned by the Republic of Croatia to international investors at exhibition space, in panels and conferences held at the fair. I believe that it is important that Croatia has its own representatives in such events because we have great investment potential and international investors recognize this. They are familiar with the current introduction of the euro, they follow the course of the tourist season, as well as our entry into Schengen, all of which are elements that encourage the investment climate. The Ministry is at everyone’s disposal for cooperation, especially through encouraging quality investments that can bring additional tourism and economic development to Croatia through the creation of new content, attracting new guests, employment, and thus positively influencing overall GDP growth. As part of the fair, I also held a working meeting with State Secretary at the Federal Ministry of Housing, Urban Planning and Construction, Rolf Bösinger.

As part of the comprehensive package of measures to help citizens and the economy that the Government presented in September, at the initiative of the Ministry of Physical Planning, Construction and State Assets, a significant step forward was made in encouraging energy efficiency. Thus, at our suggestion, a Decision was adopted, providing almost one billion HRK for energy reconstruction and increasing the energy efficiency of multi-apartment buildings and family houses by the end of next year. Compared to previous years, when an average of HRK 200 million was provided for this purpose, according to our estimates, with this five times larger amount 10,000 family houses, or 300 multi-apartment buildings, can be energetically reconstructed. Judging by the response to earlier calls for energy reconstruction, it is clear that there is great interest from citizens and that many of them already have documentation ready, so these projects could be carried out in a short time. It is necessary to encourage energy efficiency and self-sufficiency in Croatia, so in addition to energy reconstruction of residential buildings, we are improving energy efficiency through renewable energy sources. With this aim in mind, the Decision regarding the encouragement of investment in solar power plants was also adopted, the implementation of which will facilitate the legal procedure for investing in solar power plants. The legislative framework will be changed in order to simplify the obtaining of the necessary documentation for the installation of solar power plants and it will be possible to expand the areas where the construction and installation of solar power plants are allowed, which will greatly contribute to increasing energy independence. The signing of the contract with the users for the Energy Reconstruction of multi-apartment buildings is in progress for the call that ended in August, and was co-financed with NPOO funds. More than 90 buildings across 16 counties and in the City of Zagreb received grants. 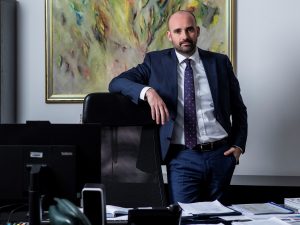 Along with the reconstruction, the Ministry also conducts numerous important measures and activities. One of the most popular activities is the subsidy program for buying or building houses or apartments which was used by almost 27,800 families since 2017 until today, and the most in this year – 5,644 families. So far, 6,426 children were born in families that use subsidies, which gave citizens the right to an additional two years of subsidies per child, in addition to the basic five years, and the beneficiaries of these subsidies are 33 years old on average. The Ministry is also working intensively on the introduction of new digital technologies into its operations through digitization and digital transformation of all processes, continuously developing the Physical Planning Information System (ISPU). Through the implementation of ISPU, the delivery of over 1,800 pieces of different IT equipment is currently in progress, with which we are equipping 556 municipalities and cities and 21 county institutes for physical planning in order to make their work in ISPU more efficient and the service for citizens better. Through 17 e-Services, ISPU enables faster, more efficient, cheaper and more transparent work, as well as easier access to data about the space that surrounds us (spatial plans, location, construction, use permits, energy certificates, etc.) to all its users, the professional and scientific community , potential investors and all the citizens.