Accession to the EU opened new venues for cooperation between Switzerland and Croatia and made Croatia eligible to apply for the so-called Swiss enlargement contribution. I consider this a very important element for enhancing our bilateral relations.

„The relations between our two countries are outstanding“, says H.E. Stefan Estermann, the Swiss Ambassador to Croatia. Last year, two countries celebrated the 25th anniversary of the establishment of diplomatic relations which was crowned by the official visit of the President of the Swiss Confederation, Federal Councillor Doris Leuthard, in April 2017. But there are many other factors which further fortified the mutual bonds. 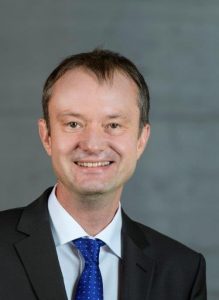 One of these factors is definitely Croatia’s accession to the EU. How did it affect the overall political and economic relations?

I believe it was a remarkable achievement for Croatia to join the EU. The Union is Switzerland’s most important trade and investment partner, and vice-versa – Switzerland is the first ranked partner for the EU. For Swiss companies, it’s easier now because they know they can do business in Croatia like in any other EU country. There’s clearly a new interest in Croatia from the side of our investors. As the economic crisis in Europe is now over, I am confident that the positive effects will now be felt even more strongly.

As a new EU member, Croatia has become eligible for the so-called Swiss enlargement contribution. I consider this a very important element for enhancing our bilateral relations.

What are the biggest similarities between the two countries, and what experiences could Croatia ‘borrow’ from Switzerland?

Both countries can pride themselves in a great degree of diversity within a relatively small geographical space. Both countries are blessed with great treasures of nature: Croatia has the Adriatic Sea, Switzerland has the Alps. Accordingly, tourism is important for both of us. I also know that Croats are usually very punctual – just like we, in Switzerland, are!

Besides natural beauty, our only resources are our people, our brains, what we call „grey matter“. We have to invest in them, and we do this by investing in education and research. Small countries can be successful by fostering innovation, and providing high quality innovative goods and services. That is why we support Croatia in the area of education, in particular by reforming the system of vocational education and training. We are very proud of our Swiss dual system, combining classroom instruction at a vocational school with training on the job as an apprentice in a host company.

There are a number of Swiss companies operating in Croatia. What experiences did they have, and what should be done in order for Croatia to fully harmonise its business environment with the European standards?

There are about 50 Swiss companies active in Croatia, and their experiences are generally very positive. The most important thing for them is the availability of well-trained workforce. Usually they find that Croatian workers and specialists are very dedicated, motivated and have a high degree of work ethic. By the way, practically all Swiss companies here are under Croatian management, including at the top level. They are proud of their Swiss background, but they consider themselves as truly Croatian, not as „foreign“ companies.

One of the projects through which Switzerland supports Croatia is funding development of small and medium enterprises. What are the main goals of this support?

SMEs are generally considered to be the backbone of the Swiss economy. More than 99% of all companies are SMEs (defined as employing less than 250 people), and they provide two thirds of all workplaces. One quarter of the workforce in Switzerland is employed by companies with less than 10 employees!

Our main goal of supporting SMEs in Croatia is to support their innovative capacities and enable them to access new markets. A dense and healthy network of SMEs will create jobs and contribute to a more equal development in Croatia, including the regions that are structurally weaker.

After the Republic of Croatia joined the EU, Switzerland did not sign the Protocol on the Free Movement of Persons with Croatia citing the results of the immigration referendum that took place in February 2014. However, the Agreement on the Free Movement of Persons, signed by the EU and Switzerland, has been extended recently to include Croatia. What do you think of these changes and their effect on resolving the overall status of Croatian citizens in Switzerland?

There is a sizeable Croatian community in Switzerland (some 30,000 people, but many more, who are Swiss nationals, have Croatian roots). Their status has never been affected by the referendum of 2014. By coincidence, the referendum did create a delay in signing of the protocol to extend free movement of persons to Croatia, because a solution had to be found how to implement the results of the referendum in general (regarding the entire EU and all its member States). There is now freedom of movement between our countries since the beginning of last year, which in my view is a very positive development.

At the same time, it is important to be aware that Switzerland is a country of immigration, and our population has been growing rapidly over the past two decades. One quarter of our population, some two million persons, are foreign nationals, the majority coming from the EU. Switzerland has shown a remarkably high capacity of integration so far, mainly through the job market. However, it is only normal that we have a domestic political debate on the issue of immigration, just like many other European countries do.

Croatia is becoming an increasingly popular destination for the Swiss tourists. Speaking from your own personal experience, what do Swiss like the most on the Croatian coast and what appeals to them the best?

I believe that Swiss tourists are attracted to the unique mix of the great cultural heritage that can be found virtually everywhere along the coastline, and beach, sun and sea in the more traditional sense. They certainly enjoy the frank hospitality and friendliness that is so typical for Croatia.

In all my conversations about Croatia as a tourist destination, I always highlight the fact that the coastline is not the only thing to be discovered and enjoyed. Croatia is full of surprises, and I am a big fan in particular of the Croatian national park. Last but not least, I believe that the beautiful Zagreb is a true gem and always worth a trip!