In order to accomplish top results, there are certain prerequisites that have to be met first, like the physical and psychological preparedness, and a mutual desire to accomplish these results.

In the history of the Croatian water polo, 2017 will be remembered as a golden year. The popular „barracudas“ (the nickname for the Croatian national water polo team) have brought a lot of joy to the nation, but have also put in a lot of work to succeed. „I don’t believe in luck in sports. I only believe in the amount of work and sacrifice one invests into accomplishing top results in any line of work“, says the head coach of the Croatian national water polo team, Ivica Tucak for Diplomacy&Commerce. 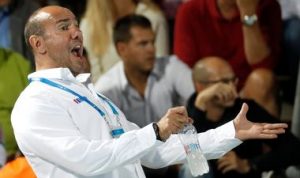 Thank you! It is difficult to single out that one factor, or any factor, for that matter. What I can say for sure is that, in order to accomplish such top result, certain prerequisites have to be met first like the physical and psychological preparedness, and a mutual desire to accomplish these results. If you do that, you might succeed, and if you don’t, there is no way you can succeed.

2. Last time Croatia won a gold medal at a water polo world championship was almost ten years ago. How similar and how different are the teams that won the gold then and now, in terms of their game style?

It is difficult to compare the two national teams because, conceptually, they are completely different. I think that this national team is one of the fastest we have ever had which affects their game style. What is common to both teams is that they felt massively motivated to win the gold medal.

Their experience is definitely very important for our national team because, apart from them, we have a few more players who are experienced in playing big games which is significant when we are psychologicaly preparing for the games, particularly those in the so-called knockout stage.

Look, every game is different, and let’s not even talk about competitions like world championships. At times, we were probably not mature enough to take the gold. Sometimes, only nuances were to blame. I don’t believe in luck in sports. I only believe in the amount of work and sacrifice one invests into accomplishing top results in any line of work.

It is very difficult to give an answer to such question. Some would argue that we play for money, and that is partially true. It is also unbelievable that some of our main competitors get 10 or even 15 times bigger financial compensation that we do. Regardless, I would like to commend the Croatian government for recently deciding to raise this financial compensation by 100%, and I do believe that us winning the gold medal contributed to them making such decision.

They definitely play a big role in making the sport popular among children. After winning the gold medal, we experienced something that was unheard of before in water polo. We got so much media attention which made the sport even more popular, and resulted in more children now training water polo which is very significant.

I have said on several occasions that we should be happy and proud of the results we have achieved, but not satisfied with them. Satisfaction is a trap where there is no real motivation, and this is unacceptable in sport. We are obligated to continue working even harder and be even more committed.