This document will allow us to conduct structural reforms and investments over the next five years that will contribute to recovery and make us more resistant to potential future crises. 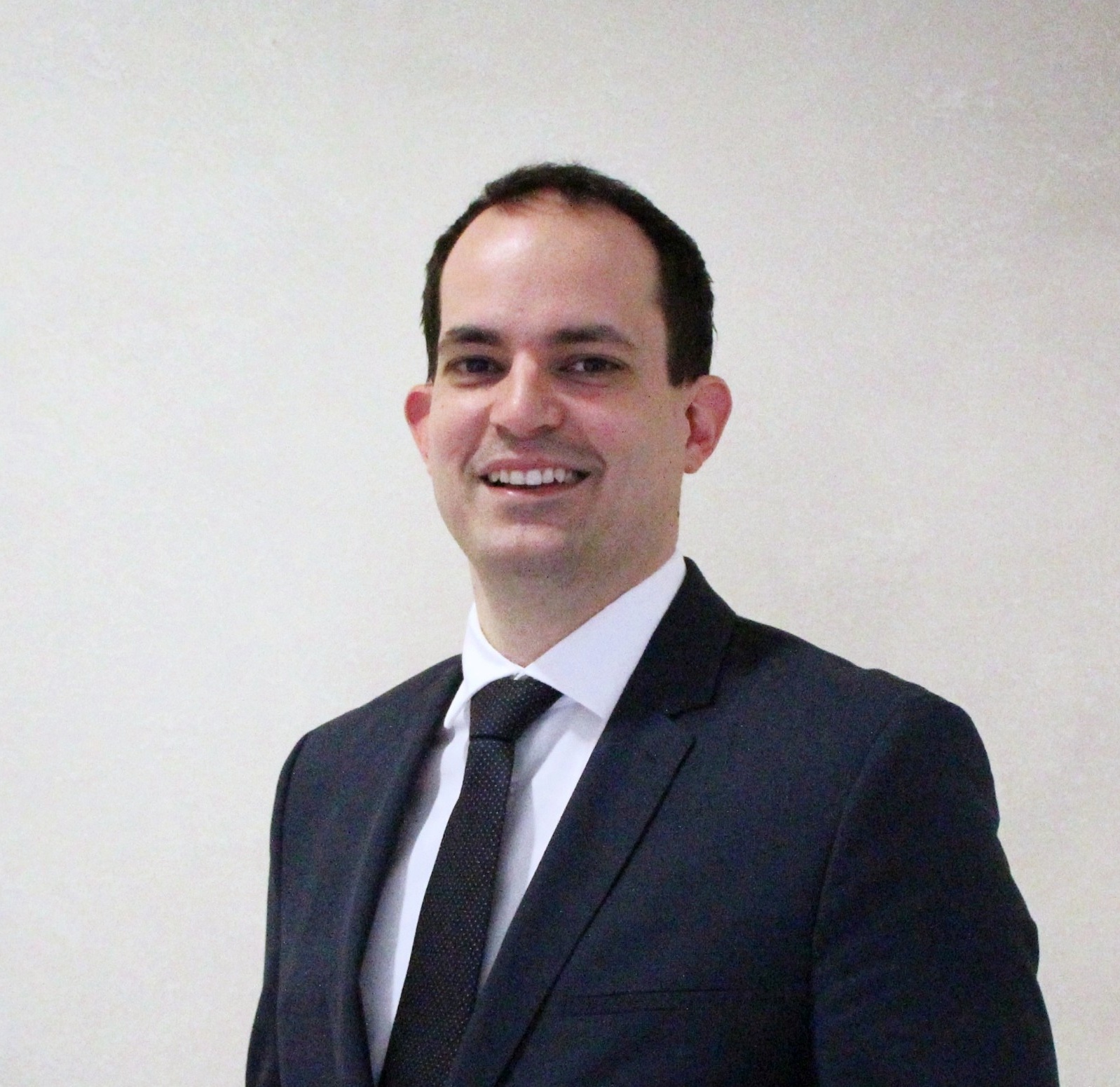 As a system, the judiciary encompasses a whole range of different segments, a large number of participants and different procedures. Our goal is to contribute to the acceleration of procedures and more up-to-date resolution of cases through the legislative framework and organizational activities, says the Minister of Justice and Administration, Sc. D. Ivan Malenica for Diplomacy & Commerce. There is a saying that justice delayed is justice denied. We want to make a turn here and the activities of the Ministry will be directed towards that.

When we look at two key indicators of efficiency of the judiciary, namely the number of unresolved cases in the courts and the speed of their resolution, we certainly cannot be completely satisfied with that. It is indisputable that there is some progress in these aspects, but it is necessary to make bigger steps there. Last year, Croatian courts received about 1,178,000 cases, resolved about 1,196,000 cases, and at the end of the year there were about 464,000 unresolved cases. The average duration of all procedures is over 140 days. We need to work on improving this data because it is precisely these two indicators: the number of unresolved cases and the length of proceedings that are key to making the judiciary faster, better and of better quality. However, they are also crucial for improving the perception of the judiciary and strengthening citizens’ trust in the position that must be better. We are preparing amendments to the Law on Civil Procedure through which we will regulate those segments that affect the duration of proceedings more precisely. We are also working on changes to the Framework Criteria for the Work of Judges, which will also better regulate the issue of the so-called norms. These new benchmarks will certainly be in line with the Action Plans we presented about two months ago. Preliminary data on the implementation of the plans already indicate that all county courts and 2/3 of the municipal courts have met the set quarterly target. We have already talked to those courts that have not met their goals and we will continue to monitor the dynamics of resolving cases. Let me remind you that the Action Plans have three key objectives: to reduce the number of unresolved cases, to resolve cases older than 7 years during this year, and to resolve cases to which the statute of limitations could apply. It is certain that we must be more efficient in the fight against corruption and work harder on anti-corruption tools. We are moving in that direction through activities within the National Recovery and Resilience Program, but also in the development of a new Anti-Corruption Strategy. Our goal is to work on the prevention of corruption, on raising awareness that corruption is not acceptable in any segment of our society, and on continuing to strengthen independent institutions. An efficient judiciary and a stronger anti-corruption policy are key to strengthening the rule of law and legal certainty. Efficiency certainly encompasses human and material potentials. We are taking care of all this and we are working on it because our task as the executive authority is to create the preconditions for the judiciary to do its job independently.

The National Recovery and Resilience Program is an important tool for the implementation of reforms and for transformation of Croatia. This document will allow us to conduct structural reforms and investments over the next five years that will contribute to recovery and make us more resistant to potential future crises. We proposed 77 reforms and 152 investments worth around 49 billion HRK to the Commission, and 10% of these funds will be invested in public administration, judiciary and state property. As a Ministry, we proposed reform measures and investments in three sub-components concerning the public administration, judiciary and fight against the corruption. In the first sub-component, “Further improvement of the effectiveness of public administration”, we put an emphasis on better human resource management, improvement and standardization of employment system, introduction of a new system of performance evaluation in state and public services and continuation of procedure digitalization as well as optimization of the system of local and regional self-government units. In the “Modern judiciary ready for future challenges” sub-component, emphasis was placed on improvement of the judiciary through legislative, organizational, infrastructural and digital changes. The aim is to use the reform measures to enable the acceleration of procedures, faster and better resolution of cases and additional education of judicial officials. In the third sub-component “Prevention and Suppression of Corruption”, we plan to implement measures aimed at strengthening preventive mechanisms in the fight against corruption, stronger protection of whistle-blowers and transparency strengthening. The total value of investments in these three areas is over one billion and 280 million HRK. Our goal through NPOO is to act in three directions; legislative, organizational and developmental. We want to speed up procedures and processes through legislative activities. Use human resources to better manage the organizational activities. Use development activities, primarily through the introduction of new, digital tools, to rationalize the processes. The common goal of our part of the program is to strengthen the state and judicial institutions, to make them more modern and efficient.

By joining the European Union, the Republic of Croatia took on the obligation to harmonize its legislation with acquis communautaire. At the time of accession to the Union, we took over the acquis communautaire, and after that we continued to take over the subsequently adopted regulations. So, this is a continuous process.

As a member of the European Union, Republic of Croatia is taking an active part in the procedures for the adoption of European regulations. Therefore the Ministry of Justice and Administration is continuously working on this process, through the competent organizational unit dealing with the issues of adjustment to acquis communautaire and cooperates on this with other competent bodies of the Republic of Croatia and the institutions of the Union. So far, a number of European regulations have been successfully transposed and numerous changes have been made to national legislation in various areas. When we talk about a certain time interval, the deadline for implementing an individual regulation is usually two years from the entry into force of an individual regulation.

I wouldn’t talk about the problems, but about the challenges that exist in every process of this kind. The challenges faced by our Ministry were related to the number, diversity and complexity of EU legislation. However, in the end, we manage to overcome these challenges as well.

4. How satisfied are you with the percentage of the reduction of statutes of limitations in processes?

However, when we observe the statistical records on the courts’ work in the past four years, we can see that in criminal cases conducted before municipal courts, the statute of limitations appears in 0.2% to 0.3% in the number of resolved cases.

The progress is visible, but I believe that this form of decision-making should be minimized and I am convinced that we will be able to achieve the set goals through the Action Plans.

Digitization of processes and procedures in the judiciary and public administration is key to optimizing both systems and raising the level of quality and efficiency. It is equally important for the system itself and for citizens and business people. As a rule, we are taking digitalization in two directions – one direction is towards citizens and businessmen, and the other direction is the digitalization of procedures in the system itself and connection with other bodies. This enables all stakeholders to act quickly and with quality. Speaking of the judiciary, significant progress and investments in digitization in the value of around HRK 150 million have been made in the last four years. During that period, numerous changes or upgrades were made in the eSpis system, which is crucial for quality file management. New functionalities have been implemented: ePošta, eDostava, ePredmet, eOglasna ploča and one of the key tools is eKomunikacija, which enables electronic communication of the parties in proceedings with the courts. Today, eKomunikacija is used in commercial, county and municipal courts, as well as in the High Commercial Court and the Supreme Court, in the civil branch of trials. The latest amendments to the Civil Procedure Act introduced mandatory use of eKomunikacija for all state bodies, the State Attorney’s Office, lawyers, notaries, court experts, appraisers, interpreters, managers, commissioners and legal entities. Citizens can also use this system, but they are not obliged to.

We also upgraded the Court Register through the introduction of e-Osnivanje system, Epic – Electronic Public Identification Croatia, then the e-Osnivanje system was integrated into the START system, and the Court Register data were opened. In addition, we have carried out a number of technological and functional upgrades to the ZIS system to better manage the land data. We are currently working on upgrading the eSpis system to integrate administrative courts into the system. And in the long run, we are planning a number of digital solutions through the National Recovery and Resilience Program, among which I would certainly like to emphasize the integration of electronic systems in the Shared Services Centre, i.e. in the so-called government “cloud”. This will enable better and faster process management because all key systems will be networked and in fact it will be possible to “pull” data from the cloud itself. Digitization indisputably contributes to the creation of a more efficient judicial system and we plan to continue investing in this direction. 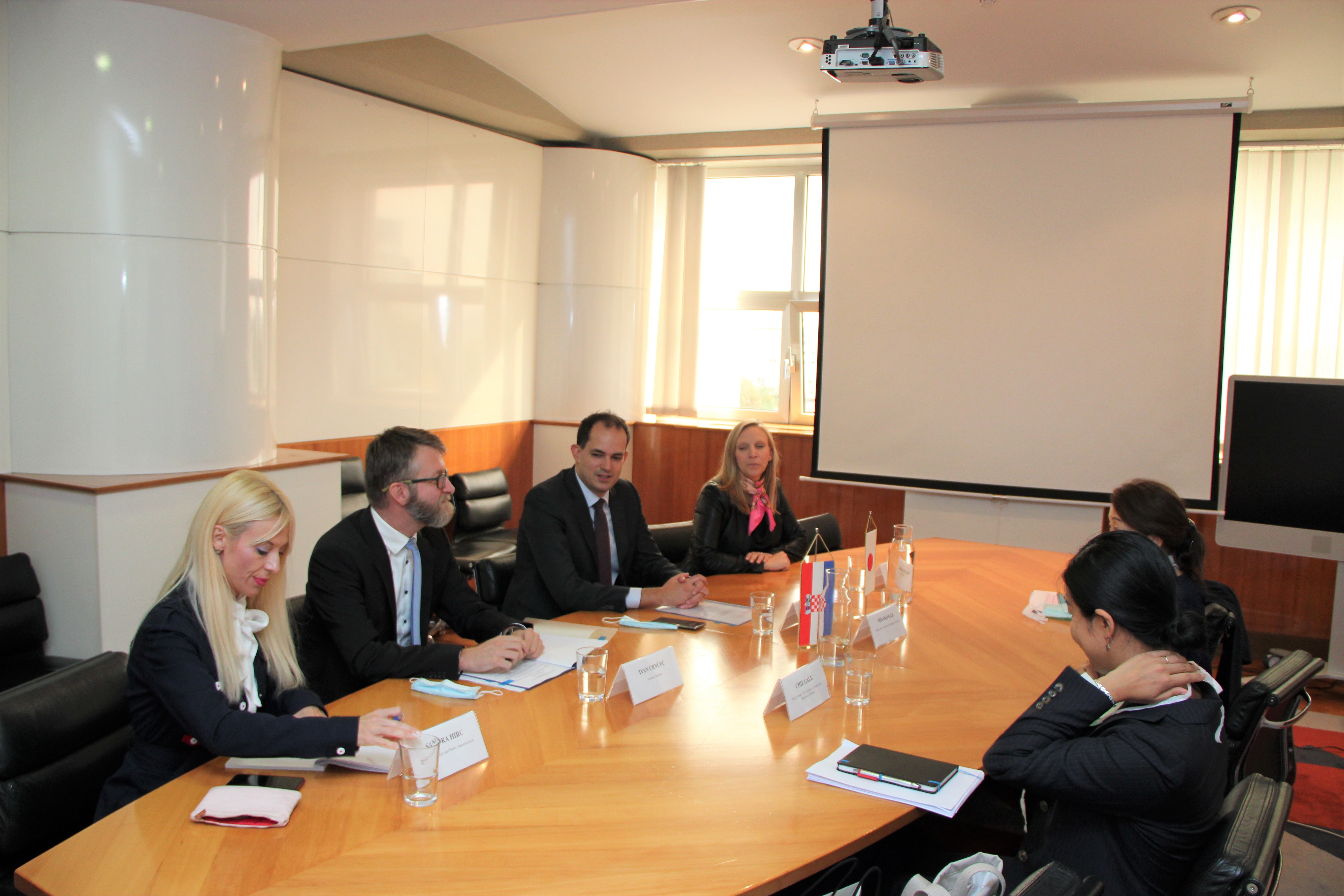 The National Recovery and Resilience Program is definitely a new direction in our development and our activities will be implemented in line with the proposals we have submitted to the Commission. As I have already pointed out, these activities will be carried out in three directions; legislative, organizational and developmental. The NPOO will certainly be crucial in the long run.

In addition to the planned legislative activities that we have determined by the Plan of Legislative Activities for this year, the Ministry is working on a number of projects and plans. For example, the drafting of a new ten-year Anti-Corruption Strategy is nearing completion. Its adoption in the Croatian Parliament is expected soon. It is a fundamental, strategic, anti-corruption document that will include a whole range of anti-corruption tools. The emphasis of the new Strategy will certainly be on the prevention of corruption and raising awareness of its negative effects on the society as a whole.

Then, we have a number of infrastructural investments ahead of us. Short-term investments will certainly have to do with the rehabilitation of the consequences of the earthquake. The Ministry has already invested about 10 million in the so-called rapid remediation.

A major renovation project of the former Standa building in Split is underway, which will provide new premises for the work of the Municipal Court in Split. This is a project worth about 60 million HRK + VAT, which is financed through the Norwegian Financial Mechanism with a share of 85% from the grant, and 15% of funds will come through the state budget.

Also, works have already begun on the Jašiona building, which will be reconstructed and extended for the needs of the Land Registry Department of the Municipal Civil Court in Zagreb. The investment is worth around HRK 85 million, and the end of the works is expected during this year.

In the field of administration, digitization of services is expected to continue. In the following period, the e-Prijava životnog partnerstva (e-Registration of Life Partnership) service is expected as the second phase of the e-Prijava vjenčanja (e-Wedding Registration) service. So, there are a lot of projects that we have started and that we want to implement in order to make the judiciary and public administration faster and of better quality.