The software company Typeqast, which has been operating in Croatia since 2017 and employs about 200 people in offices in Split, Zagreb, and Osijek, has become part of the Dutch consulting company Valcon Group. 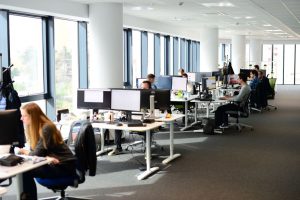 The Dutch Valcon strengthens its technological expertise and business data and, through Typeqast, gains a company with extensive experience and knowledge in software development for Western European and American customers and enters the IT segment. Typeqast, on the other hand, is becoming part of a large consulting firm with more than 1,200 employees, offices in the UK, the Netherlands, Sweden, Denmark, and Germany offering clients business, organizational, technological, strategic, and analytical advice.

Typeqast is officially a Dutch software company, but one of the co-founders and directors of the Croatian company is Marko Barić from Split. From the first day, the company also operated from Croatia and, in five years, has grown into a respectable software company. Barić says the partnership with Valcon will give Typeqast additional strength and speed up the path to the next stage of development.

Typeqast has been thinking for half a year about joining a more prominent partner that would open the door to new, even bigger clients said directors of the Croatian company is Marko Barić . He reveals why they chose Valcon:

“We have been in intensive negotiations with several potential partners. After several months of talks with Valcon, we decided to move into a shared future, as we had known each other from before. Namely, the Valcon Group is one of the existing clients of Typeqast, and together we develop low-code solutions.

And we must share the way we think about the direction in which we want to develop Typeqast. It was essential for us that the future partner be someone who deeply understands the issue of outsourcing IT services and has a no-nonsense mindset,” said Barić.

Barić adds that they did not want to be “swallowed” by a significant corporate player who would become just one in a series of companies in the portfolio. That is why the desire to maintain autonomy around business and running a business was crucial to partner with Valcon. Therefore, he emphasizes that Valcon operates in Croatia in the same way and through the same offices as before. The only thing that will change is that it will grow even faster:

“I am proud that we have reached 200 employees and five offices in 3 countries relatively quickly, and with this partnership with Valcon, we have secured a bright future for the coming years. Our ambitions are very high, and we plan to exceed 500 people in our development offices over the next two to three years.”