In Croatia, as elsewhere in the EU, housing lending is the most dynamic, and the economy – the construction sector and their suppliers – also benefit from this.

The state and the regulator will assess the manner in which overdrafts on transaction accounts will be regulated. We certainly support HNB’s intention to additionally protect the consumers, and we believe that the amendments will ensure that regulations and the legislation are harmonized with other European countries, says Zdenko Adrović, Director of Croatian Banking Association. He also added that HUB will continue with its constructive cooperation in the coming period, and propose solutions based on expert analyses and the best international practice for various social and economic issues. 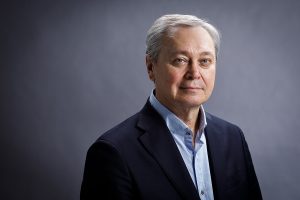 The capital ratio is the most important indicator of banks’ capital strength: it has crossed the 25% threshold and is among the largest in the world. According to CNB’s data for June 30 this year, the total regulatory capital of all credit institutions amounted to HRK 61.4 billion, which can be compared with HRK 55.8 billion on the same date in 2019. Therefore, despite the decrease in income and profit during the COVID -19 crisis, the banks strengthened their capital due to responsible business policy. Earnings from previous periods were retained, in part due to restrictive regulations ordering banks not to pay profits in the pandemic.

The loan structure is more favorable to citizens who participate in the private sector loan portfolio with about 61%. Total loans to citizens on a gross basis amount to HRK 140 billion, where two components – housing loans and non-purpose cash loans – make up the largest part of this amount. The share of overdrafts, car loans, credit cards and similar types of loans is below 15%. Recently, we have noticed an increase in the share of housing loans, which is the only sector that is growing significantly. Thus, their share in the total gross loan portfolio of the population increased from 43% before the pandemic to the current 46%, and I estimate that this share will continue to grow because housing loans are growing at rates of about 10% per year.

In the corporate segment, we saw a large increase in demand for liquidity loans at the beginning of the pandemic, and we successfully and qualitatively met this demand. We now expect an increase in demand for longer-term investment loans, but private corporate investment is still recovering somewhat more slowly from the crisis, so the rise of this type of loan is not yet visible in the data. It is extremely important to develop the capital market in parallel, because instruments for attracting equity capital are placed on that market, and this capital by the nature of things takes a much higher risk than the risks that banks are allowed to take. After all, the banks’ job is to preserve the security of savings. Therefore, we have been calling for the establishment of a strong equity market development program for years, because banks can then supplement the financial resources for the growth and development of propulsive companies with an acceptable level of risk.

In general, we are still in some state of stagnation. Housing lending is the most dynamic, like everywhere else in the EU, and let’s not forget that the economy – the construction sector and their suppliers – also benefit from this. However, quality demand is still lacking in other sectors, especially demand for investment loans. I believe that EU funds and the establishment of new companies in new industries such as IT will soon lead to an increase in demand for loans from these segments, and thanks to the aforementioned high level of capitalization and liquidity, the banks have ready answers to this demand.

We have been studying the impact of the introduction of euro for years already, and this data can be found in the published series of HUB Analysis on our webpage. Banks are guided by expert findings in their views, and they are quite unequivocal: the benefits of the introduction of euro significantly outweigh the costs and risks. I must emphasize that this calculation is even less favorable to banks than to citizens and companies. Namely, you are right, banks will be directly affected by the introduction of the euro in the short term. Not only because of the increased operating costs of adjusting IT systems and cash distribution, but primarily because of the loss of part of the revenue from currency conversion. We estimate that banks will be left without approximately one hundred million euros of annual income on that basis, which is a significant part of the profit of their business. Nevertheless, the position of the banks is that we should not oppose the introduction of euro because of that. On the contrary, this reduction in conversion costs will spill over into increased spending and creditworthiness for our customers. More importantly, we see the euro as an additional great opportunity to grow and reduce risk: currency risk will disappear, a currency clause that has tormented banks and clients equally throughout the history in most credit agreements will become unnecessary, Croatian government bonds will become acceptable collateral with the European Central Bank, the possibilities of financing both the state and banks in the European financial market will expand, I believe that the risk premium on our securities will decrease as well, so some future pressures on interest rate growth will be less than they would be if we had our own currency, so all this will have a stimulating effect on investments and growth, and thus indirectly on the operations of banks. Therefore, after weighing short-term costs and long-term benefits, our position was unison – in favor of the euro. The very fact that our leading banks are part of pan-European banking groups played a less important role in this.

The state and the regulator will assess the manner in which overdrafts on transaction accounts will be regulated. We certainly support HNB’s intention to additionally protect the consumers, and we believe that the amendments will ensure that regulations and the legislation are harmonized with other European countries. It is important that citizens still have the opportunity to use the product, because according to current data, there are a large number of customers who regularly use overdrafts. We believe that the solution to this situation will be found in limiting the nominal interest rate instead of the effective one or in a different model of calculating the effective interest rate.

6. In addition to everyday topics, what would you single out as HUB’s plans in the coming period (online security, EUROPOL campaign #Ne BuduMula ….)?

In the coming period, HUB will continue with its constructive cooperation, and propose solutions based on expert analyses and the best international practice for various social and economic issues. Our end goal is to support solutions that ensure economic growth, innovation and excellence in order for Croatia to be able to continue its economic development. Also, we strive to promote corporate social responsibility and provide citizens of all ages with knowledge about finance in an interesting and accessible way, and thus improve the level of financial literacy in Croatia. Every year we also conduct campaigns related to the safe use of the Internet because we are witnessing a period of digitalization in which it is important to learn how to behave safely and responsibly on the Internet.