According to eVisitor, which contains tourist turnover in the commercial and non-commercial segment, as well as in the nautical charter, the number of overnight stays in Croatia exceeded 100 million this weekend. 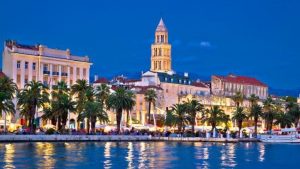 This is a great result, as 100 million overnight stays were exceeded a week later, or September 28th. This confirms that in this very challenging and demanding tourist year, the Croatian tourism sector is producing extremely positive results. 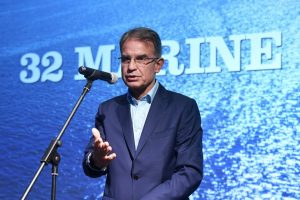 “Positive indicators so far about the realized tourist turnover, but also financial ones, are proof that Croatia is excellently positioned on the world tourist market. We will continue to guide our tourism policy in the direction of sustainable and responsible tourism with the aim of improving the quality of the overall offer, “said Minister of Tourism Gari Cappelli.

“The realization of 100 million overnights a week earlier than last year is a great result of Croatian tourism and a clear indication that our country is in a very competitive international market in a stable position. In order to keep up with the positive trends, we are already working very intensively on the preparation of the 2020 tourist year, while a major campaign for the promotion of the season is still underway, ”said Minister of Tourism Gari Cappelli, noting that the results achieved so far confirm that Croatia is increasingly perceived as a content year-round tourist destination in numerous broadcast markets.

Let’s add that in the previous part of the year, ie from January 1 to September 22, according to the first and incomplete data of the eVisitor system, 18.3 million arrivals and almost 101 million overnights in Croatia were recorded, which represents an increase from the same period last year. 4 percent in arrivals and 2 percent in nights. In the same period, the most nights were realized from the markets of Germany, Croatia, Slovenia, Austria, Poland and Italy, and the destinations where the most nights were recorded were Dubrovnik, Rovinj, Poreč, Split and Medulin.