Belgian chocolate producers “Belgian Gourmet” are to build a factory in the Croatian town of Vrlika.

The company’s board members signed three different contracts with the mayor of Vrlika regarding the spatial preconditions for the future production of chocolate sweets. 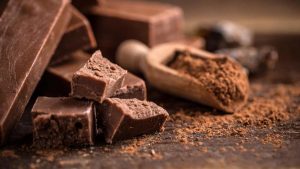 “In the first contract with our Belgian partners, we leased four of the six incubator spaces to their company in the newly built Business Centre building. In the second contract, we leased them two offices in the same building and in the third contract with “Belgian Gourmet”, we sold 27,000 square meters of undeveloped communally equipped construction land in our work zone where the Belgians will build a new chocolate factory,” Vrlika mayor Jure Plazonić told Slobodna Dalmacija.

The factory will be built in the business zone of Kosore, which is located around 3 kilometres north of Vrlika.

Belgian Gourmet has a long tradition in Belgium for the production of various chocolates. Apart from Belgium, they also have production in other countries and built a factory a few years ago in Vietnam.

“We started with about 40 employees, and today that factory employs about 400 workers. We came to Vrlika with such development plans,” said board members Marc Henri C. Pauwels and Adrian Filip M. Hoogmartens who were in Vrlika for the signing of the contracts.

First deliveries of chocolate made in Vrlika is expected from September this year. Vrlika is a small town in inland Dalmatia near the larger towns of Sinj, Knin, and Drniš.