President of the Social Democratic Party of Croatia (SDP), Davor Bernardić believes that unity in the party and the fresh ideas it offers to voters can fundamentally tip the political scale and bring social democratic ideas back to Croatia in a big way. Croatia as equal in Europe, which could be a sublimated political message to voters, involves changing many policies at national and local level, and above all, eradicating corruption in the top levels of the government. 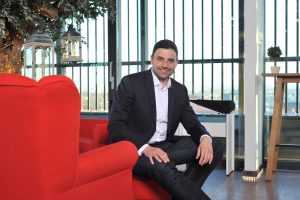 This country has a lot of potential, which is still untapped while our citizens are moving to other countries that do not have better predispositions than us, only better policy. In Zoran Milanović we will have a president whom the citizens can trust, and following the parliamentary election, the SDP will form a professional and non-corrupt government.

The result of the EU elections is the result of my work and the work of my associates in the last two years, as well as of the way we organized the work inside the party, selected quality candidates, put together the election headquarters, and of a lengthy period of preparation for key processes during which the SDP has demonstrated that it is the strongest opposition party, fully prepared to take responsibility for Croatia. It is important to note that, in the last six months, during which we have had peace in the party and conflicts did not flare up, we have demonstrated that togetherness and cooperation are the paths of success for the SDP and Croatia. Confidence in the party is restored, we are consolidating, a lot more people are participating in our work and yes, citizens’ trust in social democracy is also making a comeback. This is a formula for success for both the presidential and parliamentary elections. While being aware of this, we are focusing on the best interest of our citizens and proposing legal solutions so that, in the future, i.e. when we come to power after the next elections, we can immediately start with reforms. 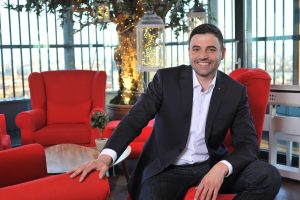 That can be achieved; in fact, we have already achieved it. We are a democratic party and it is normal for us to disagree. It’s now clear to all of us that the goal of assuming responsibility is more important than past disputes. We are all focused on the work because we can succeed only through dedicated work, teamwork and unity.

Social democratic values are the reason why I am in this party and I believe they are needed today more than ever before. We want to make Croatia equal to the other EU Member States, which is not the case today. We have a situation where our farmers get smaller incentives which are also tardy. We want to transform Croatia into a country of equal citizens, where everyone will feel comfortable and welcomed, regardless of their nationality or sexual orientation. 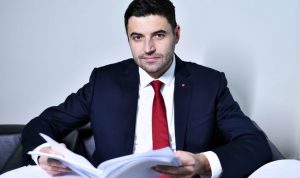 Some people have been trying to focus on topics that deepen the national divisions in society because they do not have a solution on how to increase salaries and pensions and reduce emigration. I hope that topics that are important to citizens will dominate the presidential campaign. We need a president with character. Zoran Milanović sends clear messages and can restore dignity to this function.

Of course, there is. The cure is to offer our citizens what the countries they are emigrating to are offering – fair wages and legal certainty. The SDP has already outlined its youth plan.

In addition to job opportunities and higher wages for young people, especially those exposed to migration pressures, it is important to provide them with a roof over their heads. We will not achieve this by giving mortgage subsidies because over 70 per cent of young people and citizens are unfit candidates for a mortgage. The state must intervene in the rental area through the construction of rental apartments and the construction and promotion of rental properties for special social groups such as academics, doctors and other professions exposed to migration pressures. Such things are already being implemented by our mayors and municipal heads.

We have also devised several anti-corruption measures to prevent ministers from getting richer by the day. That is why I, as the President of the SDP, have initiated the formation of the Anti-Corruption Council, where we want to create a broad alliance of progressive forces in the society to fight corruption.

We will again include our plan for higher wages and pensions in the Parliament’s agenda. By raising the non-taxable portion of the income from HRK 3,800 to HRK 5,000, we would like to see the salary for 700,000 people in Croatia increase between HRK 330 and HRK 500 immediately.

We can see that Croatia has the highest tourism levies, so we will insist on lowering the VAT in tourism and in catering to 13% in order to make our tourism competitive relative to other tourist destinations in the region.

The other day, we presented our Slavonia 2030 Programme in Osijek, on which we shall work full steam ahead this autumn. The Programme aims to boost agricultural production, especially organic, to make sure that our farmers can market their produce, to ensure fair allocation of agricultural land, and to provide incentives like their European counterparts have, meaning 20 % higher.

All this will be difficult to implement unless we deal with the corruption and crime that are eating away into our society.

Hence, the SDP has prepared a set of measures and laws to combat corruption. We have already introduced some of them, such as the Law on Determining the Origin of Property. We must know where did the government ministers get the money to buy their villas, expensive luxury cars and barbecue joints that span 150 square metres.

We also proposed amendments to the Law on Prevention of Conflict of Interest with the view of prevent political pressures on the Conflict of Interest Commission, which we saw first Kuščević and then Plenković do, who are destroying our country’s institutions in that way.

Zoran Milanović differs from other candidates in that he has a strong attitude, does not deviate from his principles, will work for the benefit of the citizens and will restore dignity to our country.

As time goes by, I am more confident of his victory.

8.    What will the SDP be like in 5 and 10 years? What do you think Croatia will look like during that period?

In the next year and a half, that is, after the next parliamentary election, I see the SDP in power. I think the time for change has come and people who created problems are not the ones that can resolve them.

I see Croatia as a country known for political responsibility and legal certainty, in which citizens live with dignity and its pensioners are enjoying life rather than worrying about surviving. I see Croatia as a renowned tourist destination and Slavonia as a region that produces food not only for the entire country but also for Europe. This country has a lot of potential, which is still untapped while our citizens are moving to other countries that do not have better predispositions than us, only better policy.

Citizens have recognized the effort we invested in devising solutions for a better life, higher wages and pensions, higher living standard and fighting corruption.