Valamar, the largest hotel company in Croatia, has decided to temporarily close its hotels in Porec, Rabac, and Dubrovnik due to the coronavirus outbreak. 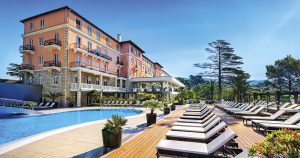 Valamar decided to close its hotels in Porec, Rabac, and Dubrovnik temporarily, following the recommendation of the competent authorities and the decision of the County of Istria, which restricted public gatherings, closed schools and kindergartens and restricted use of public spaces.

The Valamar Riveria Administration’s statement is transmitted below in its entirety:

“Following the recommendations of the competent authorities and the decision of the County of Istria, which restricted public gatherings, closed schools and kindergartens and restricted the use of public spaces, Valamar decided to temporarily close the Diamond Hotel in Porec and Sanfior in Rabac. After the crisis headquarters stepped up border controls yesterday for nationals of Germany, Austria and other countries, we also decided to close the Lacroma and Argosy hotels in Dubrovnik.

There is no suspicion or occurrence of COVID-19 in Valamar hotels, but we are not able to provide the guests with the desired level of security, quality of service and experience of the destination in this situation. Given the closure of the schools and kindergartens, we have decided to stand behind our parents first and foremost, so Valamar employees will be on a collective vacation until the end of March. We believe that the National Headquarters is managing this unusual situation very well and it is only responsible to follow their recommendations and decisions with the common goal of preventing this as much as possible.

Tourism is a very important industry, so Valamar will continue to work closely with the competent authorities so that we can continue with preparations for the tourist season as soon as possible.”

The number of cases of coronavirus in Croatia rose from 27 to 31 overnight, Health Minister Vili Beros announced at a 9 am press conference in Zagreb.