Croatian banks generated a total gross profit of HRK 1.98 billion in the first half of 2020, which is 47.8% less than in the same period of 2019, the Croatian National Bank (HNB) reported.

The decline shows that the sharp economic downturn caused by the coronavirus pandemic has also affected the banks and their profits. 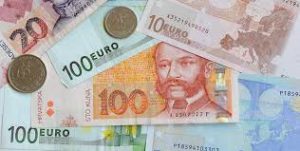 “Since the economy is expected to fall sharply this year, the banks too will feel the consequences in terms of lower revenues, lower profits, and some will suffer losses. The capital holdings of our largest, systemically most important banks are about 7.5 percentage points higher than regulatory requirements, while the other banks have about three percent more capital than required. In that way they are able to withstand this blow from the lower results for this year,” HNB governor Boris Vujcic said in a recent interview with the public television service HTV.

The Croatian postal bank HPB, the largest bank in majority state ownership, recorded the lowest fall in profit, of 10.6%, to HRK 136.8 million.

On the other hand, Erste & Steiermaerkische Bank saw its gross profit shrink by as much as 70% to HRK 118.1 million.

The four banks that operated at a loss in the first half of this year are Imex Banka (-HRK 19.9m), J&T Banka (-HRK 6.1m), Sberbank (-HRK 5.7m) and Samoborska Banka with a loss of slightly more than HRK 1 million.

Compared with the first half of last year, the banks’ total assets increased by 4.35% to HRK 444.3 billion.

Data for the second quarter of this year showed a break in the downward trend of the share of non-performing loans compared with the previous quarter. After declining for nine straight quarters, the share of bad loans in total loans increased from 5.39% at the end of March to 5.50% at the end of June. Year on year, their share continued to fall, by 1.75 percentage points.