The European Commission revised down its GDP growth forecast for the Croatian economy for this year from 2.7% to 2.6%, underscoring that GDP will have finally surpassed the pre-crisis level this year. 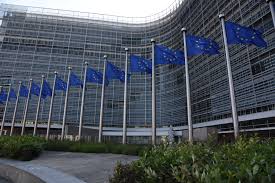 “Croatia’s economy is expected to continue growing at a moderate pace over the forecast horizon. Household consumption remains strong as disposable incomes continue to benefit from steady growth of employment and wages, in an environment of low inflation. Participation rates are projected to keep increasing gradually as more jobs are being created. Continued growth in tax revenue and contained spending growth are expected to maintain the government balance in a mild surplus and the debt ratio on a steady declining path,” the EC said in its Spring Economic Forecast released in Brussels on Tuesday.

The Commission predicts that economic growth will continue to slow down to 2.5% in 2020. In its previous Interim Winter Economic Forecast in February, the Commission projected Croatia’s GDP growth at 2.7% in 2019 and 2.6% in 2020.

Economic growth in the fourth quarter of 2018 was disappointing at a mere 0.1% compared to Q3 which led to a lower annual economic growth than had been expected, which in 2018 was 2.6%, the EC underscored. The slowdown in Q4 owed to the negative contribution of net exports, as goods exports declined in the last quarter while growth of imports accelerated. On the other hand, household consumption remained strong and investment picked up, most notably in the public sector through EU funding.

At the start of 2019, good exports appear to have rebounded, while sales in the retail sector posted some of the highest monthly growth rates in recent years. At the same time, growth of manufacturing output remained volatile and imports kept expanding buoyantly, the report notes.

According to the EC, growth in 2019 and 2020 will be driven by private consumption supported by the positive labour market outlook. Low inflation and steadily increasing tourist receipts and remittances are also likely to support real disposable incomes.

Financing conditions and business expectations remain supportive of private investment, but the main push to capital formation is expected from the public sector, as shown by the pick-up in capital transfers from EU funding at the end of 2018.

Demand for Croatian exports appears to be weakening in line with the projected economic slowdown in the EU. Growth of goods exports is expected to stabilise above the low rate observed in 2018 but significantly below the high rates observed in preceding years, to 3.2%.

Growth of tourism, which represents the main component of export of services, is also expected to remain robust but also at rates below those recorded in past years. It would increasingly rely on stronger per-capita spending while increases in the numbers of overnight stays and arrivals appear to be slowing.

Inflation has been curbed by VAT cuts.

The EC forecast notes that despite the high unemployment, labour shortages in some sectors are becoming more apparent. As the labour market tightens, employment growth should moderate – after last year’s rate of 2.4%, the EC expects employment to grow by 1.6% in 2019 and by 1.3% in 2020.

Nevertheless, the EC says both the number of unemployed and the unemployment rate are expected to reach their historic lows by 2020. The EC estimates that this year’s unemployment rate should fall to 7.8% compared to 8.5% in 2018 and continue to fall in 2020 to 6.9%.

Real wage growth is expected to strengthen, underpinned by strong labour demand, public sector salary increases and an increase in the minimum wage in 2019.

At the start of 2019, headline inflation was kept subdued by decreasing prices of unprocessed food, mostly due to the significant reduction in the applicable VAT rates. The EC estimates that inflation could be 1% this year, down from 1.6% in 2018 and that it would accelerate in 2020 to 1.2% despite the reduction in the general VAT rate by 1 percentage point at the beginning of the year.

A possible further slowdown in external demand poses a downside risk to the forecast period. At the same time, stronger than expected transfers from EU funds could further boost domestic demand, the EC said.