GEEN Holding, one of the largest Central European producers of electricity from renewable energy sources, will soon begin construction of its third biomass power plant in Croatia in Gospic, marking a valuable investment in Croatia. 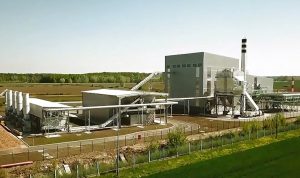 ”Over the coming days we’ll start the final phase of site preparation for the project in Gospic. Construction will follow shortly, and after a year it will be finished and connected to the grid. The plant will be in full operation in the first half of 2021. Currently, over fifty percent of the necessary equipment has already been manufactured,” they stated from the headquarters of GEEN Holding over in the Czech Republic.

At the beginning of December last year, GEEN Holding put a biomass-fired power plant in Zupanja into operation, and in October 2018, a power plant with the same facility in Benkovac was built. The raw material for production at both power plants is wood waste.

”The total investments in Benkovac and Zupanja amount to 80 million euros. The electricity from our two power plants is distributed through HERA, and thermal energy is used by other Croatian private companies for various business purposes. Biomass power plants in Croatia represent 40 percent of the installed capacity in our power plants,” they stated.

”Energy in Croatia is significantly dependent on coal and gas from abroad. The capacity for new hydropower plants, for example, is very limited. Therefore, we saw a business opportunity in Croatia for the development and operation of biomass power plants,” they say from the Czech company, whose annual revenue is around 30 million euros.

They also announced that in the coming months and years, they will focus more on increasing the efficiency of the power plants in Benkovac and Zupanja and on the better use of the heat produced, primarily, as they pointed out, for the production of pellets.

According to the registry of the Croatian Energy Agency, sixty Croatian companies have licenses for electricity production. In addition to GEEN Holding’s facilities, another dozen HERA-licensed companies produce electricity from wood waste. Although not the only foreign company to invest in biomass energy production in Croatia, GEEN is certainly the largest investor.