Croatian Science and Education Minister Blaženka Divjak said at an informal meeting of EU ministers in charge of research that brain circulation should remain one of the EU’s cornerstones. 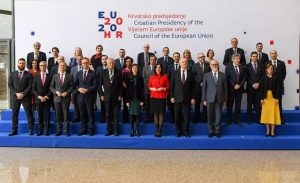 “We are encouraging mobility because those who are mobile and have experience from other countries bring that experience with them when they return. That way they make it possible for the system to be developed for the best, but we also want to attract others to work in Croatia,” Divjak said at the meeting focusing on cooperation and researcher exchange and the future of the European Research Area.

European Commissioner for Innovation, Research, Culture, Education and Youth Mariya Gabriel said that not all countries benefited the same way from brain circulation in Europe.

We must reduce those differences between member states and promote international cooperation between researchers, she said.

Gabriel said that the budget for the Horizon Europe development and innovation programme would be increased, with original allocations amounting to around 3.3% of the EU budget, and that the Maria Sklodowska Curie research scholarship programme would continue as well.