According to eVisitor’s data, which contains tourist traffic realized in commercial and non-commercial facilities and nautical charter (eCrew system), in Croatia, in the period from January to the end of August, 15.7 million arrivals (+ 5%) and 88.5 million overnight stays (+ 4%). Of these, foreign tourists realized 14 million arrivals (+ 5%) and 78.2 million overnight stays (+ 4%), while domestic tourists recorded 8% arrivals and 6% discounts. 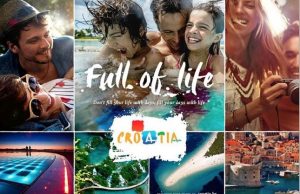 “At the end of the year, the Tourism Satellite Balance will be completed and we will have real indicators on the economic effects of tourism on the economy. I hope that we will stop counting in the public spaces and overnight stays that can not be a benchmark for performance since arrival data does not talk about the value they have gained, and the overnight stays do not provide data on daily tourist demand. Our eVisitor system shows a positive trend in the growth of tourist arrivals and overnight stays since the beginning of the year and beyond the summer months, but, I repeat, the growth of tourism revenue is even more important, and we know that in the first quarter we increased by 14 percent compared to the same period last year. All this is the result of a thoughtful tourist policy based on an integrated tourist product, quality and innovation that is innovative and in line with the demand for a dynamic and never-challenging tourist market. We do not want massiveness and we are developing in line with our strategy aimed at the sustainability of tourism, “said Tourism Minister Gari Cappelli.

“In August, we have successfully maintained positive trends and expected growth of tourist traffic. What is particularly welcome is a very good announcement for the rest of the tourist year, which confirms Croatia’s better market position in the pre and post periods. By the end of September intensively in the eleven key world markets we will be campaigning focused on advertising and promoting nautical and cultural tourism, gastronomy and active holiday through adventure, sport and cyclotourism. In early October, Austria, Germany, Slovenia, Italy, Great Britain and Switzerland we are doing an on-line and print health tourism campaign, “said Croatian Tourist Board Director Kristjan Staničić.

In August there were 3 percent more arrivals