The Central State Office for Croats Abroad has granted a total of HRK 2.5 million for 153 projects by non-profit organisations of Croats abroad after receiving as many as 585 applications. 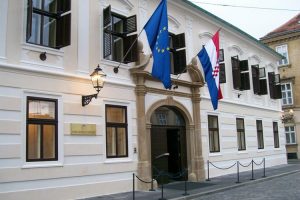 Grants ranged from HRK 5,000 to HRK 60,000 and one applicant could have submitted two project proposals at the most.

None of the projects was granted the maximum amount of HRK 80,000. The single largest amount, of HRK 60,000, was granted to the Croatian National Council from Subotica, Serbia.

The Croatian self-governing authority in Budapest, Hungary and the Alliance of Croatian Associations in Lendava, Slovenia each received HRK 42,000 for their projects.

Four projects received HRK 38,000 each. These were submitted by the Croatian National Council in Tivat, Montenegro, the Croatian Printing Society from Eisenstadt, Austria and two associations from Subotica in Serbia.

Nine other projects received HRK 30,000 each, including a pilot project providing legal assistance by the Orahova humanitarian cultural association from Kotor Varos in Bosnia and Herzegovina.

The only organisation to receive grants for two projects was the Croatian World Congress from Zagreb, receiving a total of HRK 45,000.

These grants are issued every year for Croatian associations and individuals outside Croatia. Croats living outside Croatia who are poor, ill or vulnerable members of the community can also be recommended for assistance.

This year 24 people were granted assistance ranging from HRK 2,000 to HRK 6,000, mostly from Bosnia and Herzegovina.