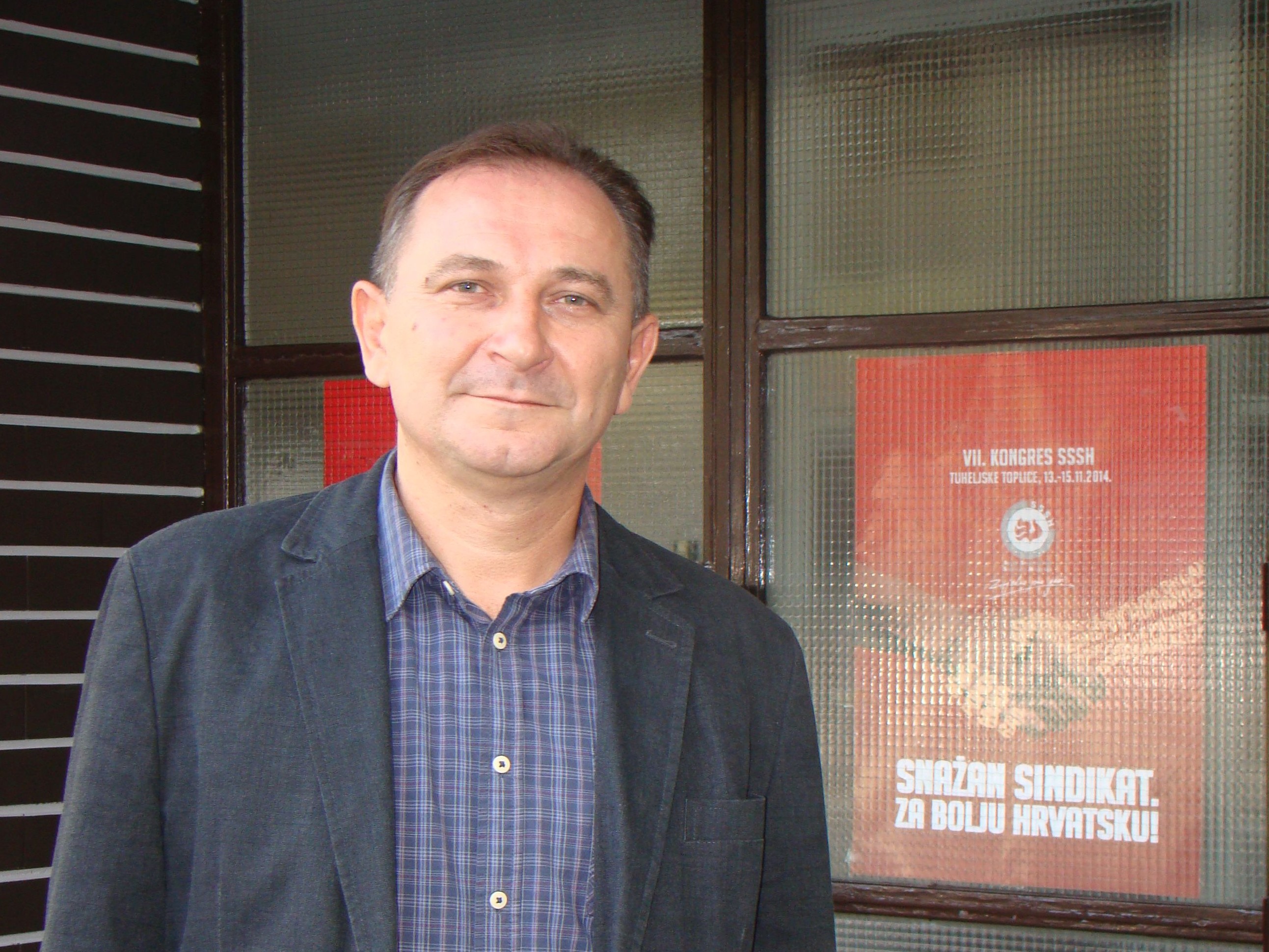 When we consider the fact that both multinational companies making multimillion profits in Croatia and a micro employer who was closed by the Civil Protection Headquarters have equal right to support per employee, it is clear that this is not about support intended for the protection of Croatian workers, but a case of poor and irresponsible spending of public money – Mladen Novosel, President of the Alliance of Independent Unions of Croatia, stated this for our magazine.

1.      How do you comment on the measures of the Croatian Government, and to what extent did they help the employees and those you represent, or do they work in favour of the employers more?
It is questionable to what extent has this measure managed to protect the jobs (the unions were initially informed that the support would be provided only on condition of retaining workers for 3 months after the expiration of support, which the final version of the measures did not provide), but it certainly did not protect their income, which is bad for the workers, but also for the entire economy due to declining purchase power and consumption. Namely, official projections from the Government show that at least 25% of employers who received subsidies did not pay full wages, which means that the measure actually stimulated wage cuts, both through pressure to sign various annexes and various violations of rights and abuse, of which we already informed both the CES and the public. Due to these measures, many workers did not receive their agreed salaries, and some did not even receive the amount of the subsidy.

2.     What else are you asking for specifically, and did anyone show interest in your demands?

We demanded that the benefits to workers whose employer was closed by the decision of the Headquarters be paid directly to the workers’ accounts, and that for workers who work for an employer who had a drop in turnover, the CES and the Tax Administration control that the full salary is paid. Also, it is absurd that the amount of support has been increased so that the employer who pays minimum wage keeps the money for themselves. Therefore, we requested a temporary increase in minimum wage to HRK 4,000 (the amount of support for April and May), so that workers with lower wages could receive the full amount of support. However, it’s not just that nobody showed any interest in that, but on that occasion Minister Aladrović even stated that this was a matter of supporting the employer and that the employer has the right to dispose of it as he wishes. We also demanded the suspension of dividend and profit payments as a condition for the granting of aid. This proposal from our end was not accepted either, as was no request or comment in the process of designing the conditions for the use of this measure.

3.      In your opinion, where is the worst situation and what should not be done from the union’s point of view?

The situation is definitely the worst where the workers are not unionized and where they are 1-on-1 with the employer, without their representatives and professional assistance for navigation through issues of labour law and labour economics. I hope that we will move forward from this crisis towards a society that regulates its work relations as planned – through collective agreements and negotiations. Unfortunately, our Government has shown that it is interested in exactly the opposite direction, when, at the end of March, the draft Labour Law leaked to the public from the Ministry of Labour and Pension System. This draft law provides for the possibility of unilateral reduction of rights and termination of collective agreements by the employer. We made a clear stand against this then, and we will certainly not allow something like that to happen.

4.      What are your estimates, are we to face a serious crisis or a fast recovery of the economy?

We will probably know the true extent of the crisis in the autumn, when the consequences of a truncated tourist season, at best, will become clearer. It is important to make smart moves in the coming period and adequately protect the workers so that there is no further outflow of labour force to countries that will recover sooner due to a healthier economic structure and better governance. The better measures would be, for example, to continue to preserve jobs according to the model of reducing working hours within which the state would co-finance the rest up to the amount of salary. This model proved to be very successful in overcoming the 2008 crisis in Germany and Austria, which is why in March this year most member states opted for this model, and not for the subsidy model, as Croatia did. Further measures must be agreed in a tripartite agreement, as is the case in all the developed countries and societies we aspire to.

Finally, it would be good if we saw this crisis as an opportunity to finally step away from the model of accidental growth based on tourism and services, and start encouraging domestic production and the development of industry for the 21st century, coupled with good education, science and innovation. In addition to encouraging private investments, this will require a significant increase in public investment.