Hrvatski Telekom (HT) has invested over 7.5 billion kuna (1 billion euro) in digital infrastructure in Croatia in the last four years, providing households, businesses and the public sector with better and faster access to the Internet and digital content, CEO Kostas Nebis said. 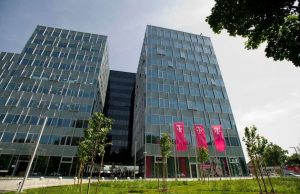 “I really believe that through investment HT, being a large company, can contribute even more to society, economic development and the digital economy in Croatia, but that would also require the government to reduce parafiscal taxes, especially the right of way and radio frequency charges,” Nebis said at an annual meeting with the press, his first since taking over the company’s helm four months ago.

“The construction of mobile and fixed convergence networks and services, simplification and digitisation of user experience, and development of HT as a digital company with the adoption of new technologies are our main development goals, along with the further development of broadband services and ICT,” Nebis said.

Management board member Boris Drilo said that HT’s largest project was the comprehensive modernisation of the mobile network, which is due to be completed by the end of year. His colleague Saša Kramar said that HT had so far digitised over 30 percent of domestic companies with over 25,000 employees, and carried out over 10 “smart cities” projects.