Women steer, but men are still behind the wheel.

If it is a person who is committed and “lives their job”, then I could not single out industries in which I would not like to see a woman at the head of the company. I would always give advantage to a man who is a good leader over women who are good workers, says the director of the Development Sector at SuperNova, Ljubica Gočmanac. 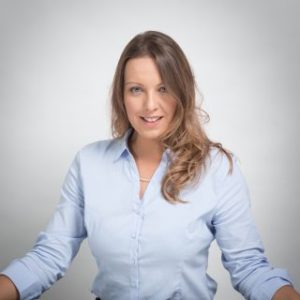 I like that it’s defined as “exotic”, because that gives it special value and protection. I think that the situation is changing and that there are increasingly more women in leading positions, even though, as it seems to me, things are progressing slowly and with less intensity than it may seem to us at first glance.

It’s not difficult. It’s challenging. There are many issues, but since I can’t remember any one of them now that I’m talking to you, that means that neither one of these issues is concerning or unsolvable.

I have a feeling that everyone’s looking at me differently but that doesn’t bother me. I hope that my male colleagues will always open the door for me and hold my coat when I leave the meeting, and that I will exchange experiences about new cosmetic treatments with my female colleagues. It used to take them longer to start listening to what I was saying, but I would say it has more to do with my age than my gender.

Business = being busy = a totally women’s thing. We don’t go fishing. But, if we’re not talking about the etymology of the word “business”, then it’s predominantly a man’s world. Man is the head, woman is the neck. Women steer, but men are still behind the wheel.

We can talk about the reasons in great detail, but it is important to change the number in favor of women through education, schooling and work with children. I don’t just mean working with girls, but also with boys. Invest in raising children in a way that everyone has more self-confidence to make their dreams come true regardless of whether the occupation is labeled, for example, as “male job“.

If it is a person who is committed and “lives their job”, then I could not single out industries in which I would not like to see a woman at the head of the company. It’s easier for women to manage women because they feel solidarity and mainly have the same development path. I would always give advantage to a man who is a good leader over women who are good workers, but are not good enough at running a company or who are insecure when it comes to making decisions.

Female solidarity does exist. It rarely happens that women cause me a problem at work where there is none. I would say that only in large collectives where the majority of workers are women, one should pay special attention to the organization of work and there should be a maximally professional attitude. I would say the same for the situation with a predominantly male team.