In addition to cooking and making photos of his food, a food blogger also writes articles and comes up with new recipes. This is a profession that entails several different professions and skills

The food presentation itself is extremely important, because a photo is the first thing the people see. It is a tool that will attract the audience, interest them in reading an article or a recipe, famous food blogger Mile Butorac, aka “hungry_mile”, explains for Diplomacy&Commerce. I draw my inspiration from the season, it is becoming more and more important to me to have seasonal, and local food, if possible.

Food blogger is primarily someone who loves food and everything about it, who is passionate about gastronomy. It is also very important to understand the processes, work and effort behind cooking, and it certainly helps to have some skills in the kitchen. But that’s just part of the story, because photography is almost the main way of communication which helps you get people interested. And finally, a blogger can be someone who cannot cook, but is a total foodie and brings us stories and restaurants reviews. Even though most food bloggers have their own blog, with the development of social networks it is no longer so necessary, because all the new platforms allow you to present yourself equally well.

The idea came to me spontaneously, after my participation in the TV show “321 – kuhaj” (2014), I realized that food is something I’m interested in a bit more than just in the sense of “what’s for lunch tomorrow”, and thus started my research and game. I started to cook more and more often and I started posting more and more food on my then private IT profile, and after some time food simply pushed out the “private”. And so I became “hungry_mile”, because a colleague from college said that, given the amounts of food, that should be my name. I think that increasingly more people and the different success stories: published cookbooks, own studios and various campaigns; prove that this is a completely equal job to all the conventional ones. This is the only and real job for many people these days, and it’s also one of the most beautiful jobs out there.

They are mainly my recipes, executions of some ideas I thought about or that I saw/tasted somewhere, but there are also some forgotten recipes executed with today’s typical foods. I try each recipe at least twice before posting it, and sometimes even more times. But it all depends, sometimes I know immediately that this is it, because it’s a combination of the components I tried before, which I am certain will be successful, and all I need is a photo and a personal proof that it can be done. 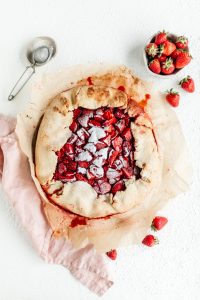 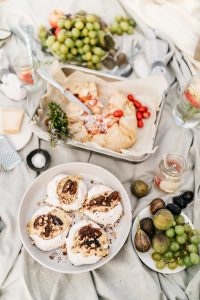 One should remain moderate in all this; some highly styled dishes can make the people think they are extremely demanding and simply impossible to make. With photos like these you can get a lot of compliments and comments of admiration, but not many will test the recipe, and ultimately, recipes are essence of interaction between the audience and yourself. Tried recipes and comments to these are every blogger’s greatest compliment. 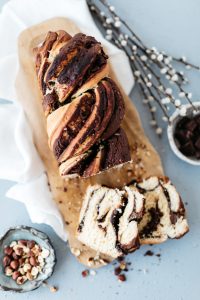 There are no rules, not many of my days are the same, especially since I’m tied to several areas of this work. When it comes to a recipe I start from scratch or a dish that is not too demanding, it require one set of work hours (up to 8 hours of work), because in addition to cooking and making photos, I also have to get groceries, process the materials, write the recipe, come up with the descriptions…  Sometimes there are days I don’t cook at all because I’m in meetings, doing restaurant reviews, answering emails and writing recipes/articles. When I’m working on a project as a food stylist, sometimes I spend the entire day shopping for groceries or props (last winter I spent half a day looking for a melon all over Zagreb, recently I looked for dishes in a certain shade of blue, or one time I baked cookies for two whole days). (literally for two days from 7-8am to almost midnight)) … as I said, it’s interesting and there are no rules. 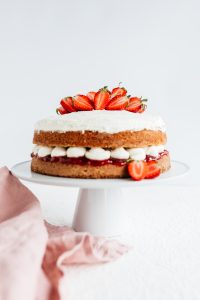 I mainly coordinate my ideas and recipes with what can be found on the market, in the garden, etc… My wish is to draw the attention of the public and all of us to local producers, these are the people who need to be supported, and therefore sustained. Most often, my tasters are my friends and family; and now they all have something they love, but in a deranged way where they adore it and would love it if I could prepare only that one dish. When they try to talk me into something, they usually start off with some compliments about how I have a magic touch when it comes to yeast dough, or when they start praising me how I spread the pulled dough across the entire table, I usually know where that leads – they want a pie or some rolls. 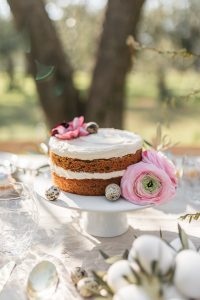 7. How developed is the food blogging scene in Croatia, and is there a cooperative where you cooperate, exchange experiences…?

I have been a part of the blogging scene since 2016 and I think that, in part, I grew up and formed my personality through all this, I have been there for a large portion of the road where this community grew and became what it is today – extremely numerous and diverse. Our contribution to the popularization of cooking and table setting in Croatia is also unquestionable. Our recipes have entered many homes, numerous celebrations, and have encouraged people to try something new, to explore.