Already a cursory comparison of the current Labour Law and the new wording shows that the new law would increase by as much as 50 articles, which may indicate the coverage of new content, such as the regulation of the so-called platform work, but it could also indicate a possible over-regulation.

UATUC supports and encourages vaccination, but we believe that it has to be voluntary, i.e. left to the choice of each individual, states Mladen Novosel, President of the Union of Autonomous Trade Unions of Croatia. He gave an interview for Diplomacy&Commerce where he also talks about the position of trade unions in Croatia, and explains in more detail UATUC’s  stance on the new Labour Law, but also talks about the new COVID certificates for the employees. 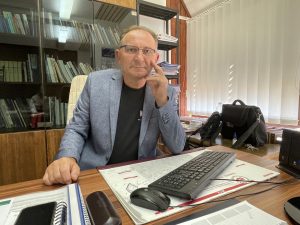 After seven months of tripartite consultations, the  Union of Autonomous Trade Unions asked the Ministry of Labour to draft and submit to us the full text of the proposal of the new Labour Law, instead of the practice they started where they provided us with several articles for each meeting. Almost five months later, we received working material which shows the direction of the changes planned by the Ministry.

In cooperation with our affiliate unions, UATUC closely monitored the implementation of the last Labour Law adopted in 2014. In addition, two independent surveys conducted by SSSH, the first in 2018 on the quality of jobs and the second in 2019 on the organization of working hours, contributed to our initial positions. The biggest problems observed in practice concern the organization of working hours: the practice of non-payment of overtime work is widespread, and too many workers cannot achieve a balance between work and private life due to poor organization. Many deliberately spread the mantra of the unpredictability of working hours in the modern world, to justify the uncertainty of workers’ lives and their inability to organize work processes. Also, a fixed-term employment contract is too often used in situations where the law does not allow it, which is why we are the worst in the EU in terms of the share of such work in total employment, especially for a short period of up to three months. Although the trade unions’ right to strike is guaranteed by the Croatian Constitution, the Labour Law does not provide for the possibility of organizing a general strike, which was one of the requirements of the UATUC. Finally, the regulation of labour relations by the rulebook, which is a unilateral act of the employer, violates the principle of contractual labor relations, which should therefore be regulated by an employment contract or collective agreement. This makes the legal framework uninspiring for collective bargaining because employers and their associations have no interest in negotiating with the union if they can resolve the same issues unilaterally. In this regard, UATUC conducted a survey last year on public information and attitudes regarding collective agreements, which showed that the collective agreement must become the main instrument for conducting wage policy and regulating working conditions. Therefore, everything that employers in a particular sector would like to regulate more flexibly, they should be able to achieve only through a sectorial collective agreement and not through a general regulation.

However, the working material we received from all of the above tries to better regulate only the provisions of the fixed-term employment contract, which is probably a consequence of the infamous record we hold in the EU, and of which the Government is aware. In addition, introduction of the right to unavailability outside working hours, the so-called right to rest and leisure, would benefit the workers. On the other hand, numerous changes do not benefit the workers and instead of further strengthening and extending the standard form of employment contracts and predictability of work and working hours to work for digital platforms, for example, changes are made according to which working conditions, place of work, working hours, etc. are generally considered volatile, unpredictable, changeable! It is difficult to say at this time how much this is an intention and how much it is a misunderstanding of ways to transpose the new EU directives into national legislation.

UATUC believes that precisely the raising of the quality of jobs and improving working conditions must the main goal of amendments to the Labour Law, which MROSP had to recognize in light of mass emigration and labour force shortages in a number of sectors and, in general, poor demographic effects. Therefore, UATUC  will continue to advocate for this as well as for the conclusion of as many as possible sectorial collective agreements, which must autonomously regulate the issue of labour relations of interest to both parties.

Inflation in Croatia, which currently stands at about 3.5 percent on an annual basis, mainly disrupts the purchasing power of salaries, pensions and other fixed incomes such as social assistance, and devalues savings deposits. The most affected are those groups of workers whose net wages are rising below the inflation rate, and these are most often the ones with below-average wages, followed by those employed in agriculture and forestry and other service activities. The Government has a wide range of measures they can use to mitigate the effects of rising prices, from reducing excise duties on energy and VAT rates, through income tax interventions for the lowest classes in terms of property and income, to, in extreme cases, setting maximum prices for individual goods and services for a specified period.

The role of unions is very important in every society precisely because work relations are fundamental social relations, the entire structure rests on them. It is also much broader than working for trade union members themselves, among other things also because trade union associations participate in tripartite social dialogue and seek to make policy-making of interest to society as a whole. However, unions are funded only by members, and the rights won and exercised apply to all workers. This is one of the reasons why the position of trade unions in Croatia is worse than expected in relation to the importance of the role and responsibility we have as trade unions. The ruling party has begun to appreciate the union more than was the case until recently, for example until the collection of signatures for the 2019 pension reform referendum. Employers and their associations value unions more when you prove that you can cause them business damage through strikes and other industrial actions.

UATUC supports and encourages vaccination, but we believe that it has to be voluntary, i.e. left to the choice of each individual. And we believe that this decision must not have any repercussions regarding labour relations, especially if the obligation to vaccinate is not prescribed by the law. COVID certificates obviously have the function of encouraging vaccination, but for now they are still far from imposing the obligation to vaccinate. There is still an alternative to vaccination, and that is testing. In any case, since the beginning of the pandemic, we have witnessed various restrictions on constitutional rights and freedoms, but rarely has any right ever been unlimited. It’s just that we were used to living with the limitations we had before, so we didn’t see them being so hard on us. The second question is whether the restrictions that are now being imposed on us are justified and appropriate to the situation. There will be discussions about this for a long time and it will be a long time before we get a final answer. UATUC carefully monitors the development of events, we are focused on the labour law aspect of the whole situation, i.e. the consequences for the employment status and rights of our members, and we will react as needed. We think that decisions with such an impact on labour relations should not have been made through the Civil Protection Headquarters but through a legislative process. The way this has been done significantly increases legal uncertainty and it remains to be seen how the courts will react when issues related to COVID certifications reach them. In this situation, we will provide legal assistance to all members who need it, but we advise them to respect these decisions in their own interest.