In June 2018, National Geographic launched its worldwide project called “Planet or Plastic”. The goal of this project is to raise awareness about the fact that a huge amount of plastic ends up in our oceans and seas. As a global brand with a long history of scientific discoveries and research, National Geographic is in a unique position to tackle this crisis with something that it excels in – storytelling and knowledge. 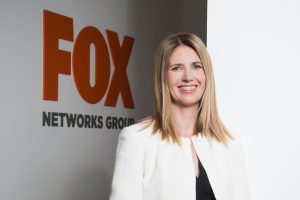 Petra Ledinek, the Project Manager and Marketing Manager at FOX Networks Group, reveals that they are backing the project with all their capacities because, in the end, it is very important for the planet to accomplish results ASAP: “This is a multi-year project but that is less relevant in this instance. The more important thing is the results that we are going to achieve. We want to change the way people think and behave, and that’s what we are fully focused on. Our goal is to reduce the amount of disposable plastic that ends up in our oceans and seas while achieving measurable results.”

In Croatia, the project was presented at the Weekend Media Festival in Rovinj in September. 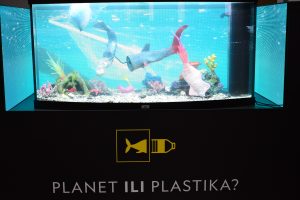 “This was actually our first step in the project implementation whereby National Geographic, as a medium and as a communication platform, addressed the viewers, the public and their business partners. We have also announced our role in organizing and encouraging local campaigns and initiatives in Croatia, which is why we want to contribute very specifically to the resolution of this issue,” Ms Ledinek says.

From September 2018 to date, numerous campaigns have been launched with a view of raising the population’s awareness about sustainable alternatives, the importance of recycling and the inclusion of all generations into this extremely important project. In order to inspire and educate citizens of Zagreb, last year National Geographic cooperated with the Zagreb Zoo.

„During the Advent in the Zoo programme, we staged an educational exhibition called ‘Planet or Plastic’. An aquarium featuring four “new” fish species made of a combination of disposable plastic materials was presented. In this way, we wanted to show how the ocean will look like in 2050 if we continue to pollute it at the same pace as today. We wanted to inspire citizens to be conscientious and responsible in the use of disposable plastic. In order for the exhibition to leave a deeper and longer trace, we donated the aquarium to the Zagreb Zoo and it is now part of their standing exhibition.” 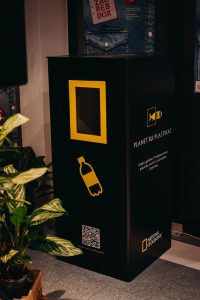 “Our actors have become the ambassadors in this global campaign, and on that occasion, they addressed the public and strongly appealed to them to be more responsible towards our planet.”

National festivals like ZagrebDox and the Communication Days have also recognized the importance of this global initiative.

“We are very pleased that the reactions to this initiative also came from major festivals. It is exceptionally important to inspire others by demonstrating that it is possible to reduce the use of straws, encourage visitors to separate plastic waste and dispose of it in special rubbish bins. In February, we joined the international documentary film festival ZagrebDox, followed by the national market communications festival called the Communication Days which was held in late March, at the Lone Hotel in Rovinj.“

However, with only a brief glimpse into the data, we can get an insight that such campaigns will have to be multiplied and that we have to be resolute in our actions.

“The whole world is faced with a very simple question, which is actually the direction in which our future will unfold: are we going to choose our planet or plastic at any given time? The dilemma certainly leaves an apocalyptic impression, but if we do not start acting in the direction of reducing the use of disposable plastic, the future of our planet will be seriously compromised. The data are quite worrying and clearly show that we have to react immediately. Today, we treat plastic as if it has always been present and that life without it had never existed. Plastic actually emerged only in the mid-20th century. However, since then, its production has been growing exponentially. We can also compare data on the amount of plastic produced in 1950, when 2.3 million tonnes were produced and for example, in 2015, when 448 million tonnes were produced. If we add to this the fact that half of the total produced plastic was made in the last 15 years, we come to the conclusion that our planet is literally drowning in plastic! And there is another defeating fact to mention – only one-fifth of the total produced plastic is recycled annually,” Ms Ledinek pointed out.

“The problem of sea and ocean pollution with plastic can no longer be treated solely as a major industry problem or by shifting the responsibility to others. We must first start from ourselves and realize that that is our responsibility and that we need to inspire others to act. Only by doing so will we make a serious change. Disposable plastic threatens every sea and ocean in the world, including our Adriatic Sea. That is why we need to act as soon as possible and be a part of the change that chooses our planet.”

We choose the planet!

Glosa : “Planet or Plastic”- the goal of this project is to raise awareness about the fact that a huge amount of plastic ends up in our oceans and seas.