When compared to 2018, the share of companies that would reinvest in the Republic of Croatia dropped from 68 down to 54 percent. If they were asked to do so again today, almost half of the German companies operating here would decide against investing here again, and over sixty percent of those investors have an extremely poor economic picture of the country. 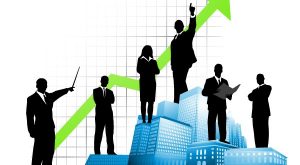 This is the result of a survey by the German-Croatian Chamber of Commerce conducted between February and April of this year among 150 of its member companies. In almost six years since joining the European Union, investors first had high expectations which quickly fell, but that was apparently somewhat expected. Following Croatia’s accession to the EU, there was a period of transition in which investors were waiting anxiously and looking forward to seeing European practices come to life here, but that wasn’t quite the case here.

Unlike former new member states of the EU who were given the green light to join during previous wave of the EU’s enlargement, Croatia stalled, at least that is the overall impression one gets when asking members of the German Chamber of Commerce, including huge names such as Allianz, Siemens, Bauerfeind, Knauf, Müller, Spar, RWE…

“The survey is a perception, but it speaks about the overall impression of companies doing business [in Croatia], and that’s that nothing important is changing,” said Thomas Sichla, president of the Chamber. As stated, when compared with the previous year, the share of companies that would reinvest in the country dropped from 68 percent to 54 percent, which speaks volumes about perception and just how mud really does stick.

The fact that this isn’t just an isolated case of pessimism, but is the contour of very worrying trends is best illustrated by the fact that eighty percent of the respondents had already previously responded to the survey.

While in Croatia almost half of investors would say “Auf Wiedersehen” to investing here again, in other countries in Central and Eastern Europe where parallel research was conducted, only one fifth of the companies who responded would say the same, so it shouldn’t come as any surprise whatsoever that investments and their investors simply bypass Croatia entirely. Things aren’t changing in Croatia, and if they are, it isn’t fast enough at all.

Out of twenty Central and Eastern European countries, Croatia is still “relatively attractive” in eighth place on the list. Siemens’ leader Medeja Lončar says that “more flexibility and speed in Croatia for a better economic and investment climate are needed”, adding that Siemens will continue to invest in Croatia, depending on the business environment. If one scratches the surface, the companies that make up the German-Croatian Chamber of Commerce are almost repeating some very well-known criticisms that many have about Croatia.

At the top of that ”criticism list” lies an insufficient fight against corruption and crime, followed by the burden of high taxes and general dissatisfaction with the tax authorities and the system despite the three waves of ”tax relief” under Finance Minister Zdravko Marić. The top five barriers are Croatia’s below par public administration and lack of legal security.

On the other hand, as a business advantage, investors pointed out the fact that operating in Croatia opens the door to the EU’s single market and to infrastructure. Despite the ever-burning workforce problem that is rapidly evolving into an enormous problem of epic proportions for Croatia, employee qualifications and the quality of higher education continue to be among the main benefits in Croatia, are are productivity and employee motivation. However, in Germany the Chamber notes that the Croatian state should engage and talk much more to the private sector about the demand for labour and adapt its education system to that need.

With Croatia’s continually deteriorating growth prognosis, which without reform is falling more and more, more than sixty percent of the surveyed companies find Croatia’s economic environment to be very poor, and only a third claim it to be satisfactory.