In compliance with the measures, we managed to keep museums, libraries, theaters, cinemas, concert halls open…

Regarding the matter of normalization of cultural life, we adopted a subsidy program last week at the Government assembly, among other things also for cultural events, together with tourist events and occasional traffic, says the Minister of Culture and Media Nina Obuljen Koržinek. She reveals for Diplomacy&Commerce how far they reached with the new Law on Media, but also about the “Year of Reading”. 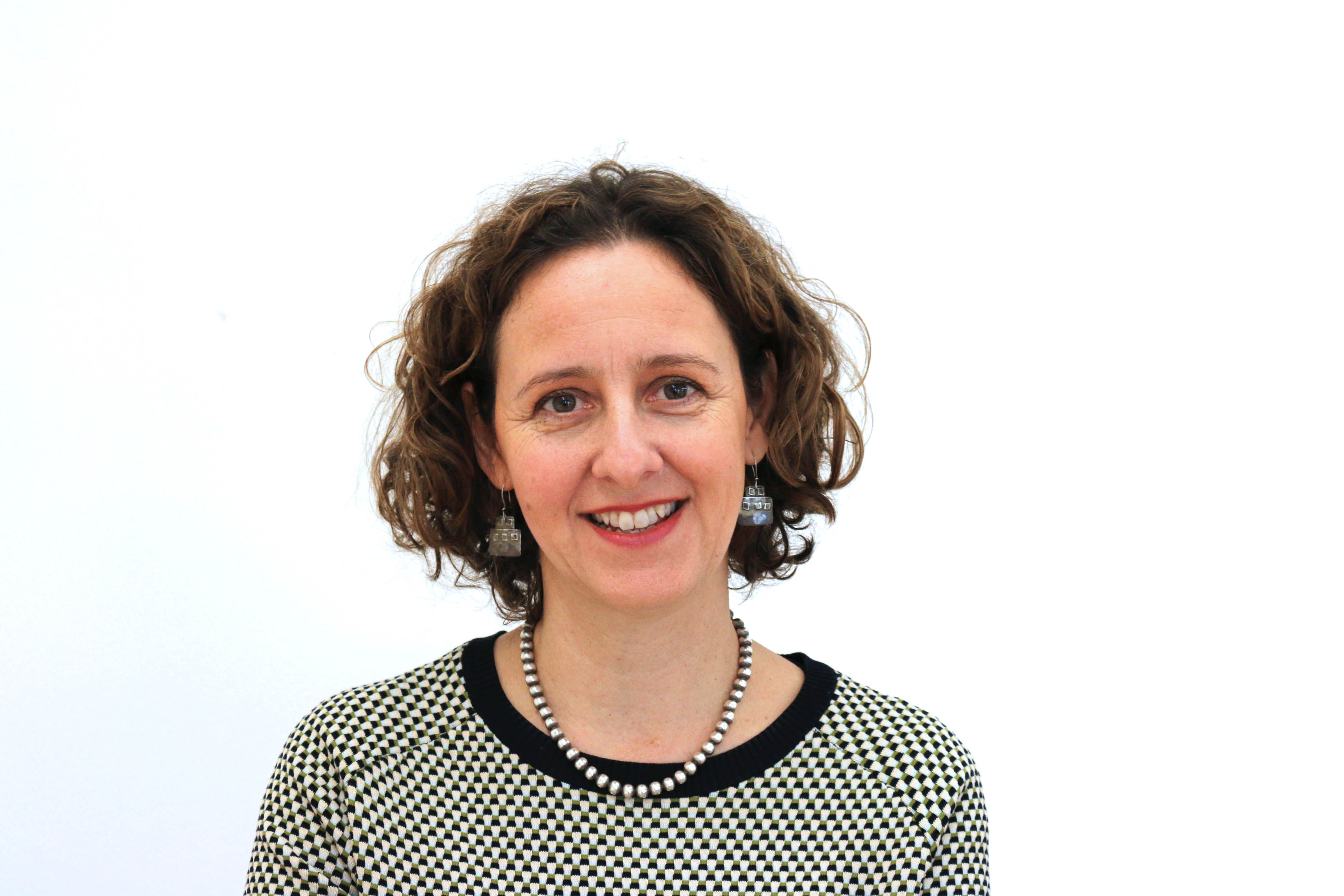 A difficult period is behind us for all the sectors, for the economy in particular, but for cultural life as well. How did the cultural sector survive the pandemic and how much did the Ministry of Culture and Media set aside to help independent artists?

The cultural and creative industry has suffered huge losses in the past period and it is not yet possible to calculate the exact size of these losses, but it is certain that for some they were one hundred percent. We provided a whole range of grants to both organizers and independent artists, special program funds, loans to entrepreneurs in culture, and the Ministry has disbursed more than 400 million HRK in the past 12 months. The latest funds provided refer to a budget rebalance from a couple of weeks ago where HRK 58 million was set aside, of which HRK 52 million are intended for the resumption of activities in the event industry and HRK 6 million for programs of independent artists and independent professionals.

What is being done to normalize the cultural life, what models are being proposed to enable the summer festivals to take place?

We are continuously working with the Civil Protection Headquarters, i.e. the Croatian Institute of Public Health on the opening of culture, because except for the first lockdown in the spring of last year, we have never again completely closed cultural institutions. In compliance with the measures, we managed to keep museums, libraries, theaters, cinemas, concert halls open… and we were the only European country to achieve that. Regarding the issue of normalization of cultural life, we adopted a subsidy program last week at the Government assembly, among other things also for cultural events, together with tourist events and occasional traffic. We will give them additional financial support, so that they can restart their activities, and the way of acting is still being agreed. I believe we will opt for the hybrid model: either parts of the auditorium will be for those who will not be able to obtain a digital certificate or most of the program will require the presentation of a digital certificate, and a smaller part will be for those who do not meet the requirements.

I therefore appeal again to the citizens to obtain certificates so that we can all return to cultural events at full capacity. I would like to remind you that anyone can get vaccinated for free, some have recovered from Covid 19, some can be tested by rapid antigen tests. I believe that all our traditional summer festivals: Dubrovnik Summer Festival, Split Summer, Zadar, Osor Evenings and others, could be held at full capacity as far as the audience is concerned, because as of July 1, digital green certificates will be in use which will allow the organizers to fill the auditoriums.

A particularly difficult year is behind us, not only because of the COVID19 pandemic, but also because of the catastrophic earthquakes that caused significant damage on numerous cultural monuments in Zagreb and in Banovina. What is the current level of preparation for the reconstruction of experts from the Ministry of Culture and Media?

A series of earthquakes that hit continental Croatia caused great and irreparable damage to architectural heritage, and the Ministry of Culture and Media is one of the bearers of the reconstruction due to the large number of earthquake-damaged cultural assets. Namely, it’s a little known fact that of all the architectural structures in the Republic of Croatia, as many as 13% are individual buildings or protected historical units. More than 1000 individually protected historic buildings were damaged, and a high percentage of buildings in the historic cores of Zagreb, Sisak, Petrinja and Glina were damaged.

We are especially proud that all our services have been in the field since day one and they immediately started inspecting the damaged heritage, so that the list of damage to cultural property, which involved conservators from all over Croatia, was completed very quickly. In the week after the Petrinja earthquake, conservation teams, more than 40 conservators from all over Croatia, visited all the damaged buildings, and registered protected individual cultural assets in the earthquake-affected area. In addition, in Sisak-Moslavina, but also in all other counties where damage to cultural property was recorded, along with inspection of the damaged heritage and a completed list of damage, movable cultural property, collections and inventories were immediately evacuated. Members of the Croatian Mountain Rescue Service and members of the Italian “Blue Helmets” also helped our expert conservators, restorers and museologists. I mention this because we are extremely grateful for the international assistance, not only financial but also professional, which we will need in the long and demanding process of restoration required by the cultural monuments from different historical periods.

Unfortunately, Croatia has experience in restoration of cultural monuments after the earthquake and also after the Homeland War, when many cultural assets were damaged as well. How much will that experience help in the restoration?

Yes, unfortunately a large number of cultural monuments, especially churches, were damaged during the Homeland War, let’s just remember how demanding was the restoration of the dome of the Šibenik Cathedral. However, the experiences we gained after the damage caused by the 1979 and 1996 earthquakes refer to the Dubrovnik area, to specific stone construction techniques, i.e. to the period of construction from the Middle Ages, Renaissance, Baroque to the 19th century. However, in the last year we have faced earthquake damage in a completely different climate, the Central European area of central Croatia with the capital city of Zagreb, where almost a quarter of the population is concentrated, as well as all state and public institutions, representative museum palaces, theatres, archives, sacral architecture with the Cathedral and the Archbishop’s Palace. The period of construction of the historical cores of central Croatia belongs to the 18th, 19th and the first half of the 20th century, with completely different brick laying techniques. Therefore, this is an extremely demanding restoration, and a large number of cultural assets have structural damage, so we must find appropriate models of structural rehabilitation of public, sacral and residential buildings located in the cultural-historical urban area of Zagreb and cultural-historical units in Sisak -Moslavina County. That is why we have established the International Expert Advisory Commission for the Structural Restoration of Architectural Heritage in Earthquake-Affected Areas of the Republic of Croatia.

How many funds will Croatia withdraw for reconstruction after the earthquake from the EU Solidarity Fund?

The Ministry of Culture and Media has so far contracted works in the value of almost 3 billion HRK, which can be co-financed from the Solidarity Fund. After that, we have other sources and National Recovery and Resilience Plan and Multiannual Financial Framework available. And even before the approval of funds from the Fund, we ordered a large part of the study, we prepared projects in order to make the most of the possibility of funding from the Solidarity Fund.

Since your second term, the media have also been added to the Ministry of Culture’s portfolio, and after a year, you are on the threshold of the second reading of the Law on Electronic Media. Newspaper publishers were not happy with the solution for the comments below the articles on web portals because you defined that they were responsible for the hate speech of the readers and you prescribed high penalties. Have you reached a compromise?

The law is about to be sent to the Government, I hope we will get to that before the summer recess of the Parliament. We found a compromise solution in agreement with the Association of Newspaper Publishers on the issue of comments. Here we took into account the discussions and, partially, the parliamentary debates and we talked to the publishers and the HND. We will move towards the registration of those who comment and the obligation to inform about the rules of commenting in a clear and easily noticeable way. If these conditions are met then the publisher will not be liable, but that person will be held accountable.

Are you also working on a new Media Law?

Yes, we announced it for the end of the year. In the meantime, we have formed a task group that is starting to work and will deal with SLAPP lawsuits. We propose a number of improvements related to transparent insight into media ownership and financing. It is in our interest to observe the standards of the profession through self-regulation and co-regulation, and thus contribute to the development of the journalist profession. To have as few lawsuits as possible. This task group will also prepare a new Media Law.

Finally, Croatian Government declared this year to be a Year of Reading, what are the goals of this campaign, and what new programs do you plan to use to attract new audience?

The goals of the Year of Reading are in line with the National Reading Support Strategy adopted by the Government in November 2017. It is about encouraging reading among all generations, increasing awareness of the importance of reading and increasing reading competencies, especially among children and young people as those who will be active readers for a long time to come. A large number of quality programs in promoting reading are already being implemented in Croatia, and the Year of Reading actually aims to increase the visibility of all these programs. Namely, we must revive the importance of the work of all stakeholders in the book chain – from authors and translators, through publishers and bookstores, to libraries – i.e. all public and educational institutions and their employees who have been dedicated to these activities for many years.

One of the newly prepared programs that we intend to launch this year as an ongoing activity, and which we are working on in cooperation with the Ministry of Health is the project “Born to Read”. Picture books by local authors and illustrators for children from birth to school age will be distributed to them in paediatric offices. And on our website Čitaj.hr, you will be able to vote for the best bookstores, which we want to support the bookstore network throughout Croatia. Many programs have been proposed and are already being implemented by many librarians, and I am especially pleased with the creatively designed libraries on the beach, next to football clubs, on lawns, on the streets, since that’s how they decided to go outside libraries and get to every reader.

On this occasion, I would especially like to recommend that your readers visit our webpage Croatianliterature.hr, which is being regularly filled with translations of contemporary artwork, but also texts of Croatian literary classics.