At the end of his 5 year mandate as Ambassador of the UK to Croatia, Mr. Andrew Dalgleish visited Bright Horizons- International British School of Zagreb. The Principal of the school, Milena Prodanić Tišma, emphasized the importance of the role of the school patron and thanked him for his continuous support in the last five years. 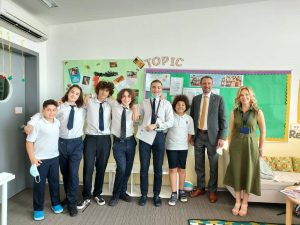 The pupils prepared a short program for Mr. Dalgleish and wished him good luck in his future professional work.  Bright Horizons- International British School of Zagreb was founded in 2013 beginning with only 5 pupils. 8 years later and the school now has over 140 pupils enrolled and teaches from Years 1 – 8. As of 2021, Bright Horizons was also chosen at one of the top five humanities schools in the world according to LookUp school register! 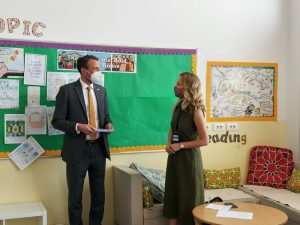