For the seventh year in a row, on November 27th and 28th, the international fair for investment projects Rexpo will be held in Zagreb. This year, the fair will bring together investors, businessmen, architects, developers, contractors, investment funds, banks, representatives of ministries, mayors and all those who find their interest in infrastructure projects of a private or public interest. Experts will discuss the investment climate in Croatia and what the investment sector has been most discussed lately – the arrival of Chinese construction companies on the European Union’s  territory. 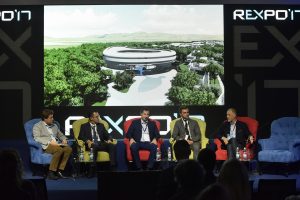 On the central panel of the fair „Balkan silk road – Is the Peljesac Bridge the First Breakthrough of the Chinese Construction Companies in the EU? ” the speaker will be the first man of the Company Hrvatske Ceste, the president of the board, Josip Škorić.  Company Hrvatske ceste is the largest investor in the transport infrastructure in Croatia, and they hold a big number of strategic projects such as the Pelješac Bridge, the recently completed bridge of Čiovo, the planned D-403 road from the Škurinje to Rijeka port and the border bridge over Sava in Gradiška. It will be interesting to hear about the realization of a project worth nearly 3 billion kuna. For the „China Road and Bridge Corporation“, Peljesac Bridge is the first project in Croatia, and the quality of its performance will depend on how the Chinese will continue to perform in Europe. In addition to Škorić, Mario Rendulić, President of CSEBA, Association between China and Southeast Europe, and Aleksandar Žurić, President of the management board of Monteput will also speak on the panel. Žurić will bring fresh impressions from Montenegro about the 41.5 km long first Montenegrin highway, which should be brought to life next year by the same Chinese company that builds Pelješac Bridge, which has 15 of the longest bridges in the world and all are in China. 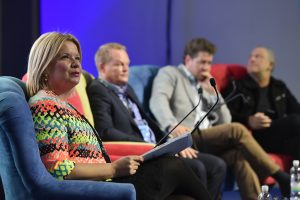 Although Croatia is perceived as a country with a high tourist potential, Colliers International’s panel will talk about the true interest of investors for the Croatian market. In view of the tightening of US central banks’ monetary policy, the gradual slowdown in the growth of the euro area, Brexit and many other challenges in the economic environment, through the presentation „Growth in Less Supportive Environment“. Signalitics will show Croatia’s growth prospects and other regional economies. After the historical success of the Croatian national team at the 2018 World Cup, this year, REXPO will also touch on “Investment Potentials of the Sports Infrastructure” – whether sports infrastructure can be profitable and how to make a master plan for sports infrastructure in Croatia? Good examples of domestic investments in sports infrastructure are the future football stadium in Osijek, which will be discussed by co-owner and president of the  NK Osijek, Ivan Meštrović and Rujevica stadium, which will be discussed by Damir Mišković, president of HNK Rijeka. 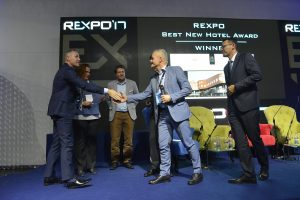 This year, for the second year in the row, “REXPO Best New Investment Award” will be held. Last year company Infobip won adward for their Pangea camp in Vodnjan. The award was presented by Deputy Prime Minister of Croatia and Minister of Construction and Physical Planning Predrag Štromar. This year’s finalists are Most Čiovo, Zeleni dvori and Učka cable car. The adward will be held the first day in the afternoon, immediately after the fair opening ceremony. On the panel, Can the experiences of energy efficiency and environmental protection be a Croatian export product? it will be discuss about the potentials and opportunities of green and energy-efficient construction to meet a favorable soil on the domestic ground, all to reduce energy consumption, conservation the environment, but also to be in line with trends in the world. 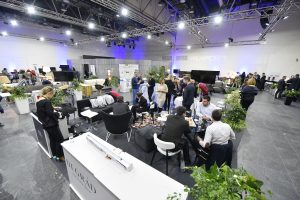 The second day of REXPO is traditionally devoted exclusively to HTL. Various topics will be discussed, from the segment of hotels, tourism and leisure. In the panel “How to create a successful tourist destination” will be discussed about the systematic development of tourist destinations and tourist masterplans. REXPO HTL Day will be devoted to the current topics „Lifestyle hotels – Just a trend?“ and „Greenfield vs. Brownfield hotel developments“.Traditionally, the prestigious REXPO Best New Hotel Award will also be awarded for the three finalists with a long list of all the new hotels that have opened their doors in the Adriatic region in the last 12 months . 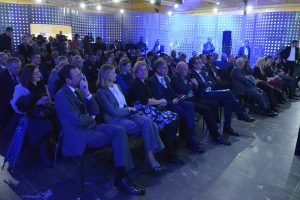