The Pevec household hardware chain has changed its name to Pevex.  .Rebranding will cost about €1.35 million. 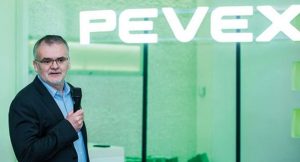 The decision was made in order to distance the chain from the name of the previous owners, chairman of the chain’s management board Jurica Lovrinčević explained. The founders and former owners, Zdravko and Višnja Pevec, were sentenced in 2015 for abuse of powers and financial wrongdoing.

Lovrinčević added that over the past four years the chain had undergone a huge business transformation and now had 2,000 employees compared to the previous 1,100 in more than 10 stores, and revenue had increased from €148 million to €283 million.

It is hoped that the name change and minor visible changes will be more attractive to younger consumers and that the new brand will mean a new beginning, Lovrinčević added and that the rebranding will cost about €1.35 million.

The chain plans to open smaller stores in towns with about 10,000 residents but currently there are no plans to expand outside of Croatia.

A new store is expected to be opened in the northern Adriatic city of Pula at the end of this year, which is an investment of €4.05 million and another store in Vinkovci in eastern Croatia valued at €5.4 million.

Lovrinčević underscores that the company is not experiencing a shortage of workers as the average net wage has been increased by 38% in the past three years. The average wage in Pevex today is HRK 6,800 (€918) while the minimum net wage is HRK 5,000 (€675) a month.