Croatia must use the EU-Africa summit as an opportunity to improve Croatia-Africa economic relations, said Prime Minister Andrej Plenković . In the last month of its EU presidency, Austria is hosting the high ranking EU-Africa forum which brought together European and African political leaders. 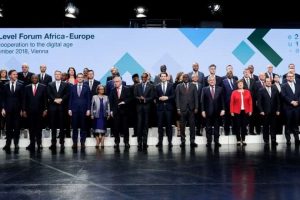 Plenković said in Vienna this was a good opportunity to put together efforts of African governments and the European Union in order to strengthen and stabilise African countries, prevent crises and weaknesses of institutions and in this way prevent migration flows.

Croatia must use this opportunity to promote economic relations with Africa, Plenković said. “They are not too big trade-wise” and they are mostly active in places where Croatia has it embassies – Morocco, Algeria, Egypt, the South African Republic, Plenković said, expressing hope the summit would open new windows of opportunity for economic cooperation.

The event in Vienna was organised by Austrian Chancellor Sebastian Kurz and Rwandan President Paul Kagame, who chairs the African Union this year.