The President of the Republic Zoran Milanović took part in a grape harvest organized for heads of diplomatic missions and international organizations accredited to the Republic of Croatia – the “Diplomatic Grape Harvest.” President Milanović hosted the fifth edition of the event, which was organized by the town of Jastrebarsko and held at the Korak Winery on the hills of Plešivica. 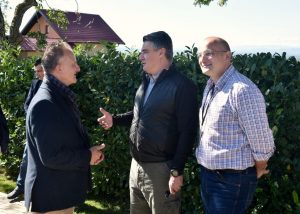 PHOTO: Office of the President of the Republic of Croatia / Filip Glas

Welcoming the heads of diplomatic missions and international organizations accredited to the Republic of Croatia, President Milanović said that this gathering was on the verge of becoming tradition, but it was interrupted for a short period of time by his predecessor, whom he doesn’t blame even though that was unfortunate. “Now,” said the President, “we are continuing this.”

You have the opportunity to visit the small town of Jastrebarsko and a traditional Croatian region known for its wines, which are much better today than they were some twenty-five years ago, President Milanović pointed out, explaining that a long time ago wine was produced in higher quantities, but it was of poorer quality. “There has been a lot of money, a lot of effort, a lot of learning invested in this process so that it can yield quality and actually sell it all. We’re talking small quantities. And that is a kind of impediment to any global ambitions of this wine producing region. The wine is mostly sold on the ‘doorstep’, meaning in shops and restaurants in Zagreb and on the coast. Although Croatian wines are present across the world, from Canada to Australia, wines from the hills of Plešivica “will not be around in all likelihood, because there are few,” the President noted.

This traditional wine region of Croatia is not blessed with opulent natural resources, but its hard-working people and the land are “a case in point on how societies, communities and civilization should develop,” President Milanović concluded, inviting members of the diplomatic corps to explore this part of Croatia. 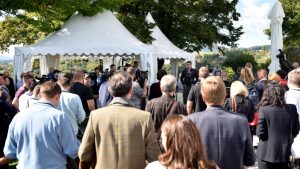 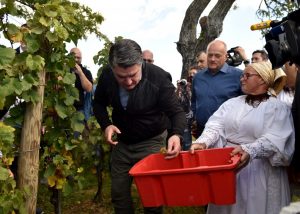 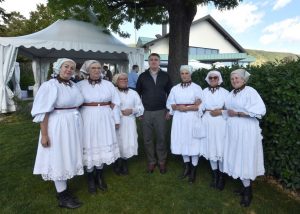 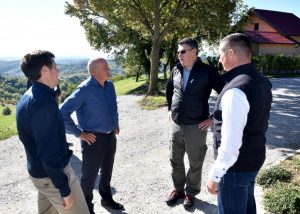 Source: Office of the President of the Republic of Croatia