Croatian president Zoran Milanović has visited the Museum of Croatian Culture in Slovakia. Croats in Slovakia have a recognised status of a national minority and are extremely well integrated into Slovak society, but also very well connected with their home country.

The Museum of Croatian Culture is located in the town of Devinska Nova Ves, not far from the capital Bratislava.

“This is an eternal song and a trace of our ancestors, their movements, the places they came from,” the president said during his visit, adding  that he was fascinated by the language spoken by Croatian minorities. 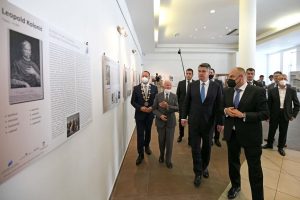 Photo: Office of the President of Croatia / Marko Beljan

“These are fascinating old dialects, čakavski, kajkavski, for some it can’t even be clearly established. There are a lot of people here who have learned and speak our standard (Croatian), but this is a language that has been passed down from generation to generation for centuries and generations, surrounded by different languages,” added President Milanović. 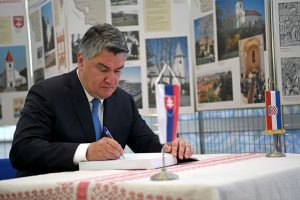 Photo: Office of the President of Croatia / Marko Beljan

At the meeting with President Milanović, representatives of the Croatian minority pointed out that they gather and try to preserve customs, traditions and language by socialising in their dozen associations in which they deal with music and folklore, and they also have one amateur theatre group.