The perception of Croatia in the eyes of German investors has improved significantly – unlike two years ago, when almost half of them were absolutely sure they wouldn’t decide to invest in Croatia again. According to the latest research conducted by the German-Croatian Chamber of Industry (AHK) now almost three quarters (74%) would choose to invest in Croatia. 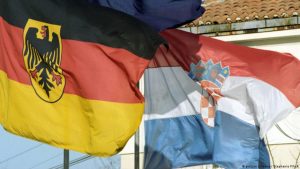 Ththe improvement compared to previous years (last year the traditional survey wasn’t conducted due to the pandemic), still lags behind the assessments of German businessmen from other Central and Eastern European countries surveyed, in which as many as 85% of German investors responded very positively to.

The improvement in the assessment of business and investment is also noticeable in other countries, where two years ago, 79% of German business owners were ready to potentially risk an investment (54% in the Republic of Croatia). In terms of the quality of the location for investments, Croatia is still in 8th place among the 16 observed countries, with Estonia, the Czech Republic, Poland and neighbouring Slovenia at the very top.

According to Thomas Sichl, President of the AHK Management Board, these results about the feelings German investors have about Croatia are better than expected, and what is especially significant in the scope of the AHK survey is the assessment of the current situation and business recovery in conditions disrupted by the ongoing coronavirus pandemic.

But about a third of German companies surveyed said they had already reached pre-pandemic levels, while 12% expected to return to then-levels by the end of this year, and 38% said it would not be realistic in their case before 2022, 14% expect recovery only in 2023 and 2% do not expect recovery whatsoever.

This year’s standard annual AHK survey also included the question of government measures to help businesses mitigate the effects of lockdowns and pandemic-induced disruption on their businesses.

The biggest weaknesses in the Croatian investment and business case are usually dominated by corruption, the sheer non-transparency of public procurement procedures and legal uncertainty in the AHK survey, which is still the case, and the biggest advantages are EU membership, quality skilled labour and the level of productivity.

AHK representatives also point out the potential which could result from Croatia’s entry into Schengen and the Eurozone. They claim that in their view, Croatia is making good progress in both of those respects.

Another positive point from this survey that the share of companies that assess the current economic situation as negative has fallen compared to 2019 from 61% to 49%, and overall, companies are much more optimistic about their own business situation compared to how they felt two years ago.

Then, 27% rated their business situation as good, and now 44% of them give it that rating. When looking at about 20 aspects of doing business in Croatia, AHK respondents give an average score of 3.29, which is better than 3.55 from 2019, since one was the best and five was the worst.