Eight years ago, PRO PR GLOBE AWARDS was established, a unique program for rewarding individuals in the field of public relations, which is awarded annually as part of the leading international public relations conference, PRO PR. 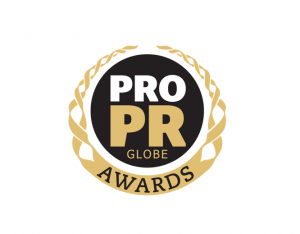 To date, 152 individuals have earned these awards through their contributions. They come from almost every continent, so the winners come from India, the United States, Russia, Germany, Italy, the United Kingdom, Turkey, Austria, as well as the numerous individuals, experts in Southeast Europe. This remuneration program is specific because it cannot be applied for or paid financially by an institution, agency or individual, but exclusively by former winners of this award who nominate the following winners as part of a publicly available Nomination Rule. What makes PRO PR GLOBE AWARDS special is the fact that all of the worldwide awards in communications or public relations are mainly focused on projects, not individuals who are sometimes forgotten or awarded at the end of their lifespan. Behind each project are individuals – experts who, together with their teams, manage or change the reputation of institutions, companies, events or individuals, and generally self-efficiently implement or create communication strategies that change the world around them, and PRO PR GLOBE AWARDS rewards them. This year, four global associations have decided to highlight their nominations: IPRA (International Public Relations Association), ICCO (International Communications Consultancy Organization), PRCA (The Public Relations and Communications Association) and CIPR (Chartered Institute of Public Relations).

The Organizing Committee, headed by PRO PR GLOBE AWARDS President Danijel Koletić, will announce by the end of the year this year’s laureates who will be honored as part of the 18th PRO PR Conference, March 20, 2020. The statue awards will be made by the students of the Academy of Applied Arts of the University of Rijeka.