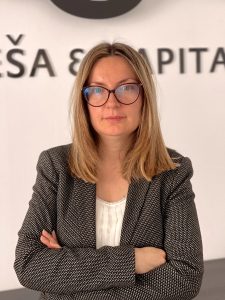 This is a sensitive issue where it is difficult to find a balance between the the ability of the employer to regulate employment policy in accordance with the needs of their own business, and the security for the employee that should arise from the existence of the employment relationship.

When the employment contract is regularly terminated by the employer, he has to have a justified reason for this, prescribed by the Labour Act:

When it comes to regular dismissal conditioned by misconduct of the employee, the employer shall be obliged to previously warn the employee in writing about the obligation from the employment, and indicate to him the possibility of dismissal in the event of continued breach of that obligation, unless there are circumstances due to which it is not justified to expect the employer to do so.

From all the above, it is clear that the Labor Act prescribes to employers the reasons for dismissal, and the formal procedures that they must carry out beforehand, while on the contrary, when the employment contract is regularly terminated, the employee can do so without stating the reason, which makes the dismissal procedure much simpler than when done by an employer.

It should be noted that with regular termination of employment contract, regardless of whether the contract is terminated by the employee or the employer, the contract is terminated with the prescribed or agreed notice period, which is a kind of protective mechanism or gives the employer the opportunity to find a replacement, and it also gives the employee the opportunity to find new employment in the period during which he has all the material rights from the still existing employment relationship that will terminate upon the expiration of the notice period.

However, it is important to underline that the option of extraordinary termination exists only within a 15-day period from the date of learning about the fact the extraordinary termination is based on, and after the expiration of the specified period, such type of cancellation is no longer possible, i.e. it is a preclusive period of non-compliance which consequently leads to the nullity of the decision on cancellation.

In conclusion, the Government of the Republic of Croatia announced amendments to the Labour Act, which are expected to be adopted this year, and encouraged primarily by changes in work processes caused by the coronavirus pandemic but also the obligation to implement two European directives – Directive on transparent and predictable working conditions in the European Union, and the Directive on the work-life balance for parents and carers, into the labour legislation of the Republic of Croatia.

As far as the employment contract termination procedure is concerned, in accordance with the announced amendments to the Act, no novelties have been announced in this part, so it seems that flexibility and simplification of the procedure itself is not expected. However, according to the plan of legislative activities of the competent Ministry, the proposed amendments to the Labour Law should be presented in public consultation in the second quarter of this year, and only then will we know what it will look like in the end.