From its founding, the Chamber has built a network of over 330 member companies from German, Croatian and international business circles.

Germany is a key foreign trade partner of Croatia and total trade between two countries amounted to 6.4 billion EUR in 2021. Germany is also the fourth largest foreign direct investor in Croatia and a very significant partner in the export of services, for Diplomacy&Commerce says Stefanie Ziska director of German-Croatian Chamber of Industry and Commerce. 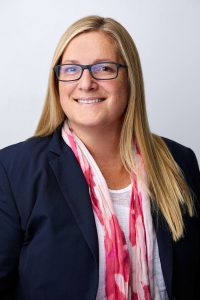 German-Croatian ties are deep rooted and have gradually strengthened and developed over time.  Even long before international recognition, Croatia was strongly influenced by Germany not only economically but also politically, socially, and culturally. From 1992 Croatia undergone economic transition and faced serious challenges before becoming a full member of the European Union in 2013, which was a very important step towards full economic integration. Germany, however, is the fourth largest economy in the world and the leading economy in the European Union. That being so, economic trends in Germany significantly determine trends at the EU level and consequently in Croatia.

Next year the German-Croatian Chamber of industry and commerce celebrates its 20th anniversary. From its founding, the Chamber has built a network of over 330 member companies from German, Croatian and international business circles, and today it represents the largest bilateral economic organization in Croatia. We have access to large networks in a variety of industries and today German companies are more and more engaged in the investment in the Croatian market. The role of the Chamber is to bring businesses together, and to enable an environment for further investments.

The COVID 19 pandemics had serious negative consequences for the economy and there has been a significant decline in business activity on the global level. The pandemic has also driven many companies in almost all industries to come up with innovative ways through which they can run their businesses. We, as a Chamber, are trying to provide up-to date information regarding the impacts of the pandemic and to help our members to adapt to new circumstances. However, Croatia was among hardest hit countries by the COVID crisis in the European Union resulting in 8.1%.GDP decline in 2020.  Germany, as one of the main trading partner for Croatia which certainly influenced exports, especially export in services and reducing private investments.

The outbreak of the war in February 2022 will have negative effects on the EU economy. The Russian invasion in the Ukraine will have even broader impacts on the German economy given that the country is heavily dependent on Russian fossil fuels. But still, in 2021 the Croatian GDP grew by 10.5% and in 2022 the economy is expected to grow around 3.5%. For our members and some Croatian companies, Russia is also an important market, and the Chamber has created a new page with information about Russian-Ukrainian war and we are closely monitoring the ongoing crisis: https://kroatien.ahk.de/info-ukraine.

After the COVID 19 pandemics, the digital transformation of the economy followed by more dynamic labor markets is changing business practices globally. In addition, more and more attention is being drawn to topics such as digitalization, IT industry and startups.

We are also seeing the rise in energy prices after the invasion on the Ukrainian, and that has already accelerated the shift to renewable solutions at EU level. Due to its geographical position but also population size, Croatia has a great potential in renewable energy. The service sector, especially tourism which accounts for almost a quarter of the Croatian GDP, is expected to increase as well. It is worth mentioning that Croatia has been supported with 6.3 billion EUR in reforms and investments under the National Recovery and Resilience plan 2021-2026 which is integral part of the Next Generation EU.

On the other hand, Croatia needs more greenfield and brownfield projects in the manufacturing industry, whether in the mechanical engineering, metalworking, or sectors such as the automotive, chemical, and pharmaceutical industries, as well as electrical engineering. Nevertheless, it is important to be aware of the reasons why companies often are hesitant to invest, such as the lack of skilled workers and complex bureaucracy. We need to work on solving these problems and focus on sustainable and inclusive growth.

According to the Croatian Bureau of Statistics, the value of Croatian exports from January to December 2021 amounted to 19 billion EUR, which is 27.9% higher than in 2020, while imports increased by 23.2% to 28.2 billion EUR. Germany is a key foreign trade partner of Croatia and total trade between two countries amounted to 6.4 billion EUR in 2021. Germany is also the fourth largest foreign direct investor in Croatia and a very significant partner in the export of services. In terms of foreign direct investments (FDI), from 1993 to the end of 2021, 38.8 billion EUR FDI in total was recorded in Croatia. Total FDI from Germany in 2021 was 390 million EUR. Exports of services (esp. tourism) in Croatia in 2021 increased by 51.5% after falling by 42%Total number of overnights stay by German tourists last year was 21.2 million and they make significant contribution to Croatian tourism.

Government plays a major role in creating a positive business environment and can have a significant effect on industry and companies. With this in mind, and through a new Government Affairs position, the Chamber pays a high level of attention in advocating challenges of business community. We have established a very good rapport with many Government institutions and relevant Croatian ministries. In March this year, the Chamber supported the official visit of the delegation of the German Business Association of Eastern Europe to the Croatian Prime Minister, Mr. Andrej Plenković followed by the visit to the Ministry of Economy and Sustainable Development and Croatian Chamber of Economy. With this and similar visits, the Chambers intends to further encourage investments of German companies in Croatia but also to address challenges they are facing directly to the highest Government officials. Other forms of advocating problems of the businesses are forming thematic working groups and with this type of collaboration our members and the Government can build common interest.

With our 1. German-Croatian Gala organized on 29 April, the Chamber set the bar very high for future Galas to come, i.e. our 20th anniversary Gala next year. But the Annual Gala is just one of many events we are planning. We are rolling out new event formats as well, such as “Behind the scenes”, “Energy Talks” and “Business Brunch”, just to name a few.  The Chamber is also preparing to launch a new communication channel, AHK blog. Through interesting stories, inspirational interviews in the field of sustainable development our members can reach an even broader audience and share their knowledge and know-how. We are continuing to offer and deliver a wide variety of services to our members and all support possible for their continued growth.