The bilateral Action Plan signed by our foreign ministers in 2019, which is still operational, has further strengthened the relationship between our two countries. Germany and Croatia are important partners, particularly at the EU level. However, this does not prevent us from having differing positions on specific issues. Indeed, diverging opinions amongst good friends can broaden their horizons, for Diplomacy&Commerce says dr. Robert Klinke Ambassador of the Federal Republic of Germany  to Croatia. 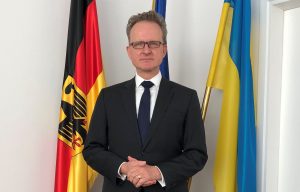 Indeed, diplomatic relations between the Federal Republic of Germany and the Republic of Croatia were established on 15 January 1992. However, the close ties between our two countries are much older and have been developing since at least the 1960s when many people from former Yugoslavia –including many Croats – came to Germany as immigrant workers, as “Gastarbeiter”. Bilateral relations between our countries could not be richer or more varied. Over 425,000 well-integrated Croats are living permanently in Germany. German-Croatian relations are marked by a profound friendship, mutual affection and cooperation, as is demonstrated by the numerous town twinnings and societies, clubs and associations. We are working together closely in the fields of culture, education, research and science. We maintain intensive economic relations, with Germany being Croatia’s number one partner in trade and commerce. The German-Croatian Chamber of Industry and Commerce, with about 340 Croatian and German members providing more than 80.000 jobs in Croatia, also plays a prominent role in this context. Our political foundations together with their Croatian partners enrich the public debate on political and social issues. The consecutive Presidencies of the EU Council of Croatia and Germany in 2020 further deepened our cooperation. High-level visits to Croatia like those by Federal President Steinmeier in 2019, the two visits by Federal Chancellor Merkel that same year, by the President of the German Bundestag Schäuble, as well as, conversely, visits to Germany by President Milanović and – on various occasions – Prime Minister Plenković, just to mention a few examples, illustrate the high quality and reliability of our relations. I should also mention the three million German tourists who visit Croatia every year and also serve as an important bridge between our peoples.

Germany and Croatia are working together closely at the international level, not only within the framework of the EU and NATO. Multilateral cooperation also extends to the United Nations and its organizations as well as the OSCE and many other bodies. Croatia is a reliable partner for both Germany and the international community. Take 2020 for example, when Croatia was one of the first UN member states to join the Alliance for Multilateralism initiated by Germany and France. We in the West are currently facing important challenges, not only due to Putin´s war against Ukraine and its impact on the overall European peace and security order. The Covid-19 pandemic is not over. Climate change, the energy and food supply, migration management, the rule of law and many other topics remain burning issues. At the same time, these challenges offer us Europeans the opportunity to become more united, to show more solidarity for each other, and to become stronger, greener and more resilient. Only by working together can we solve today’s problems.

Germany supports both Croatia´s accession to the eurozone – from which this country, its economy and people will definitely benefit – and Croatia´s goal of joining the Schengen area. We appreciate that the Croatian Government is working hard and successfully on fulfilling the technical requirements, in order to make sure that the necessary legal conditions in both areas are met. As for the new currency, the question remains how the members of the eurozone will assess Croatia´s efforts to comply with the Maastricht criteria, taking into consideration, of course, that the Covid-19 pandemic and the recent rise in inflation have had a negative impact on all European economies. The accession to Schengen requires a unanimous decision by the European Council.

The Russian war against Ukraine is clearly a blatant violation of international law that can never be justified. Germany, together with its partners in the EU and NATO, therefore stands in solidarity with Ukraine. We are providing military, financial and humanitarian support to Ukraine and will continue to do so. At the same time, we are increasing our efforts to protect those fleeing from the war in Ukraine. However, our top priority remains stopping the fighting and finding a basis for peace negotiations.

Croatia and its people are certainly worth discovering. The splendour of the Euphrasian Basilica in Poreč, the authenticity of a Moslavina vineyard, the beauty of the Neretva Delta, the peacefulness of Jelsa Cemetery overlooking the sea, or the promise of the Tuhobić Tunnel on your way to the coast are just some of Croatia’s many extraordinary hidden treasures. I also confess a love of fish paprikash from Slavonia and a fine octopus salad from Dalmatia, not to mention the pleasure of following the truffle dogs in Istria or Slavonia. And Croatia also offers a delicious journey through the world of wine and of fine olive oils, best shared with a handful of friends. I am grateful for this experience.