Sven Thorsten Potthoff, Director of the German-Croatian Chamber of Commerce and Industry for Diplomacy&Commerce says: 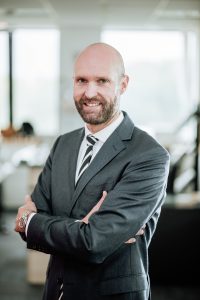 Croatia will preside over the Council of the European Union next year, and it will certainly have a lot of work to do on accomplishing not only the goals it has set itself but also meeting the requirements of the presidency as such, for instance, organizing all the events for EU officials in Croatia. We are also witnessing a slowdown of the European economy and Croatia must take this into account in the following period. There is no reason to be worried at the moment; on the contrary, we are expecting that the economic activity in Croatia will grow 2.7 per cent in 2020. Still, one has to keep in mind that no country is an island and that those possible negative developments in the EU could affect Croatia.

From our perspective, as a voice of companies and entrepreneurs, the growing protectionism, trade conflicts, climate change and Brexit pose the biggest challenges. The growing economic and trade policy insecurities have a big impact on the investment and employment plans of companies worldwide because today they are more reliant on fair and reliable rules in international trade more than they have ever been before. An increase in, say, customs duties does not only make exporting more difficult, but it also makes imported goods and services more expensive for the region that imposed them. Also, higher duties for a specific product or service always have a negative impact on several sectors. The measures we take to tackle climate change will significantly affect the competitiveness of our economies. There are huge opportunities, but there is also a risk of a increase in costs. Brexit is also a big issue for the interconnected global economy, and the new extension date hasn’t solved anything, because the outcome still remains unclear. The 3.5-year-long stalemate regarding Brexit has already done a lot of damage.