Croatians in Switzerland have been free to work since January 1, and many workers are making the movie for well-paid winter jobs. 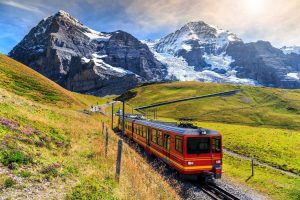 Switzerland opened its job market for Croatian workers on January 1, 2022, making them equal to other citizens of EU member states. According to the latest official data, slightly less than 30,000 Croats already work in Switzerland.

Index has learned from Nataša Kačar, the owner of the Jobs in Tourism portal and employment agency, that the first workers from the hospitality sector have come for the winter season.

The need for workers in Switzerland, she says, is excellent, so she has published ads for chefs, assistant chefs, waiters, and bartenders from Croatia who want to work in Swiss hotels during the winter season.

In an interview with Index, she revealed the working conditions for Swiss employers and what interests them the most – the salaries.

“We published on our Facebook page a competition for catering workers for the winter season in Switzerland in 2021/2022. The interest is really high. Salaries range from 3900 to 4300 euros gross for chefs, with the proviso that these are auxiliary, not head chefs. Salaries of bartenders and waiters range from 3,900 to 4,400 euros gross plus tips. It is done in hotels, boarding houses, and a la carte restaurants. The work is until April 20, 2022. Still, with certain hotels, there is also the possibility of agreeing on a permanent employment relationship, with a probationary period of three months,” said Nataša Kačar for Index.

As for working conditions, she states that working hours are 9 hours a day, with a 50-minute break. Therefore, they work 45 hours a week with two days off.

The prerequisites are vocational school, minimum experience of 1 to 5 years, and knowledge of German. As for chefs, they may have lesser knowledge of German, in the B1 level, while waiters and bartenders are required to have an excellent understanding of German (B2).

“The Swiss are strict, they do checks, and if it turns out that a person doesn’t know German, they won’t be able to get a job even if they are the most qualified in their job. For example, the other day, I conversed with a man who worked in excellent restaurants in Croatia and is really qualified; he said he knows German. But after the job candidate interviews with me, he interviews my colleague from Switzerland who makes the further selection and tests his knowledge of German. That candidate, as it turned out, still did not know German and, despite the qualifications, did not get the job,” Nataša said.

She states that another condition that all candidates must meet has a Covid certificate.

As far as the staff required by the Swiss are concerned, preference is also given to candidates with experience working in hotels and on 4- and 5-star ships. Applicants must submit a detailed CV in German with a photo, and the highest quality candidates will be allowed to speak to their employer via Skype. They are required to be qualified for the job.

A look at the net earnings after deducting accommodation and food allowances.

This is just one example; net earnings can vary depending on multiple parameters.

In addition to mediating the employment of Croatian workers abroad, mainly in Switzerland, Austria, and Germany, Nataša Kačar is also looking for workers for hotels and restaurants in Croatia, so she is aware of the differences in salaries and working conditions abroad and in Croatia.

“I get inquiries in Croatia where they ask me for a worker who would work their season on the Adriatic without days off. The catering industry in Croatia needs to change; employers need to offer normal conditions. People would stay in Croatia for seven thousand kuna, but normal working weeks, two days off, normal working hours are given,” Kačar pointed out.

She states that many people who worked in the hospitality sector changed jobs during the pandemic when restaurants were closed in Croatia.

“Then they saw what it’s like to have a private life, what it’s like when they have days off, and they don’t want to return to catering anymore. However, it should be emphasized that they are not paid for the main reason, but working conditions,” said Kačar.