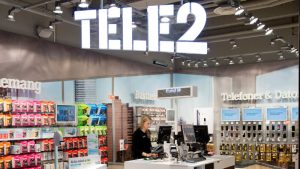 The transaction provides an opportunity for the company to realize value from the successful development of the Croatian business and to further advance its strategy with a focus on the Baltic Sea region, the company said.

“We are proud of the business we have built in Croatia and especially its outstanding development in the last two years, driven by our talented employees and our valued customer base. We believe Tele2 Croatia will create even greater value for our customers going forward, as part of United Group’s family of telecom and media companies. For Tele2, this opportunity enables an increased focus on successfully executing our strategy in the remaining footprint. I would like to thank the Croatian team for their engagement and many contributions to Tele2 over the past 14 years,” said And Tele2 President and CEO Anders Nilsson.

The transaction requires approval from relevant regulatory bodies including the Croatian Competition Agency. Closing is expected before the end of 2019.

In 2018, Tele2 Croatia generated revenue of 1.9 billion Swedish krona and reported an adjusted EBITDA, excluding IFRS 16, of 268 million krona. At the end of last year, it had 897,000 subscribers and 310 employees.

United Group is a leading connectivity and media provider in South East Europe. It has the broadest network coverage in the region with 3.82 million subscribers and offers both local and international content. United Group has operations in six countries, including Croatia, where it owns the Nova and N1 Tv stations, and employs around 4,400 employees. Its headquarter is situated in Amsterdam.