While we debate about corona and the US elections, protests in Belarus, Navalny, Brexit, US elections or Milo Djukanovic’s threats that he will defend his government even from the forest, much lusher, older, centuries-old forests are on fire in South America. Encouraged by the position of the far-right President Jair Bolsonaro, the farmers are setting the Amazon rainforests and Pantanal (rainforest and wetland area) on fire in order to make room for pastures in the place of the burnt down forest. 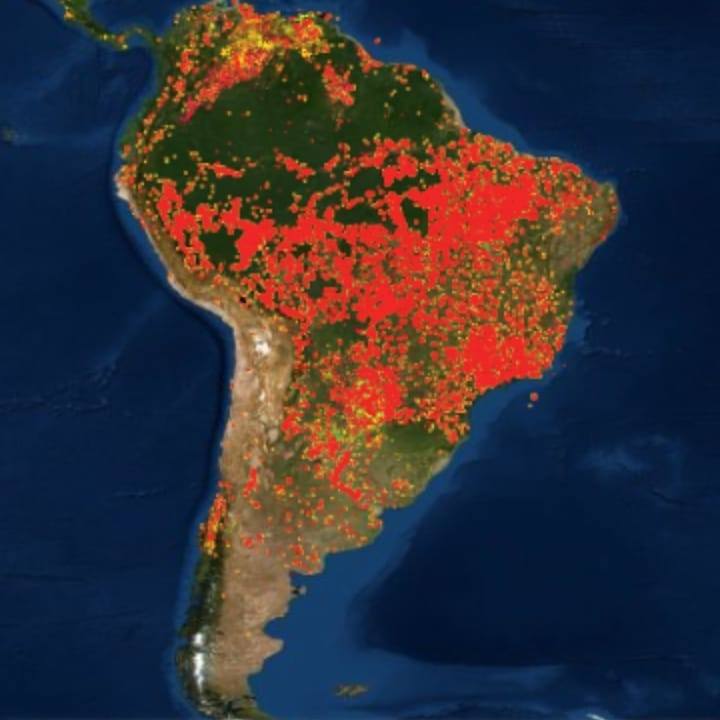 FARMERS VS. THE WORLD

The results are devastating. The biggest biosphere on Earth, the Amazon rainforest, lungs of the plant, is on fire. For several years already, ever since Bolsonaro came to power, the farmers were encouraged, and they began to burn and cut down forests to drive the Indians out of their centuries-old hearths, to make agricultural land. Because the forest is “unproductive”. Even the deforestation had some economic value, and it could not progress so fast. But, fire setting is destroying forests with enormous speed and leaving wasteland behind. When the forest is cut down, the animals take shelter. When the forest is burning, a large number of animals cannot escape fast enough. In the Amazon rainforest, home to the largest number of mammals in the world, the situation was already devastating. But with these arsons, there is the possibility that the planet will become even warmer, this could cause huge natural disasters, but also the worst, it could release viruses that were once trapped in the rainforests. And we know that the worst viruses are transferred from rainforests where people mix with animals they shouldn’t touch – the Ebola came from the African jungles, and the Corona from the south of China. A similar rule applies also to the Dengue fever and the Zika virus. 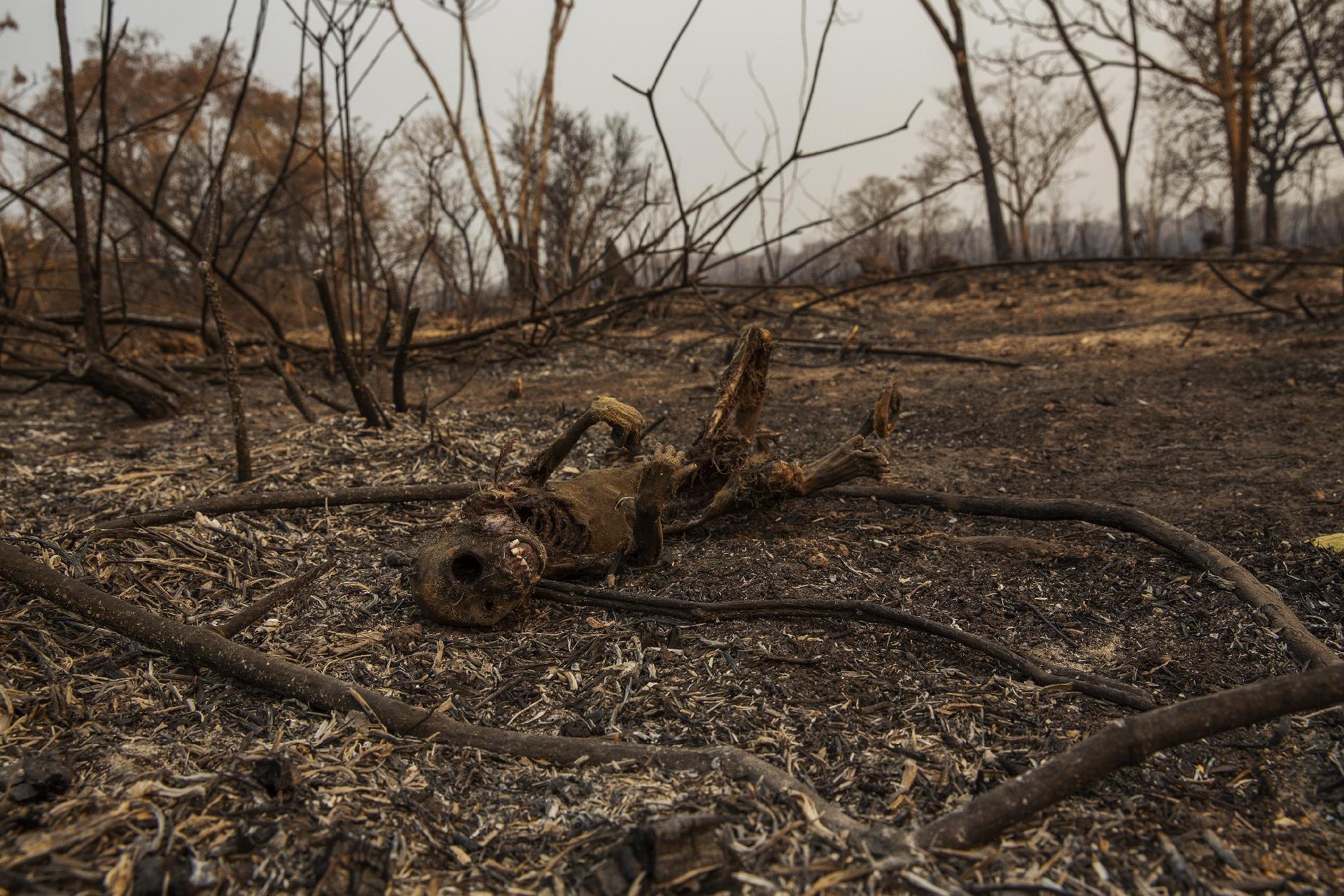 Officially, the deforestation is encouraged. Under Jair Bolsonaro‘s government, elected to power in January 2019, policies surrounding deforestation have relaxed. Bolsonaro and other senior figures have encouraged the exploitation of the Amazon rainforest, denigrated critics and denied man-made climate change. Some environmental laws have been weakened and there has been a cut in funding and personnel at key government agencies and a firing of the heads of the agency’s state bodies. So, the soybean production and cattle farming are only about to rise

THE LATEST CRIMES AGAINST FLORA AND FAUNA

12% of the Pantanal (which spreads on 230,000 km², and is under UNESCO’s protection) was burned down, which is the size of Slavonia. Thousands of panthers (both black and spotted), parrots, caimans (crocodile – like reptiles) and others were burnt down. It has not yet been estimated which part of the Amazon was burned. The image shows NASA’s satellite image from September 13 – the red are the fires. In Indochina and Indonesia, forests are cut to grow palm trees that produce lucrative palm oil, which has reduced the orangutan population down to the point of extinction. Western companies are buying the oil without any criticism, and the locals say that they suffered enough poverty, and that the forests are of no use, while they feed their families by planting the palm trees. The circle of capitalism is closing. On the other hand, the Pantanal, where there are many cattle, is becoming a place where there will be even less original animal species, and much more cattle that destroy the ozone layer with their faeces.

In BiH, Serbia, Montenegro and Bulgaria, so, in our immediate neighbourhood, there is a big fuss around the uncontrolled cutting of trees in the forests. They say that the last stage of privatization – after the privatizations of companies through stealing – is precisely the privatization of nature. Deforestation, destruction of rivers by building small hydro power plants. On a global level, in bigger countries, things are much worse and the nature is being destroyed much faster. Capitalism – when left unattended, is destroying itself, the planet, the consumers, but also the capitalists themselves. If the sea levels rise, what’s the use of the profit gained by destroying the nature? There will be no Copacabana, no Rio, and no New York. So, I would be careful when destroying nature for profit. Until now, the destruction of nature was a joke compared to what we lived to see in September of 2020. The fires in Siberia last summer, in Australia at the beginning of the year, and in California these days are an excellent warning that fire will come to our door on its own. We don’t need to set it on. But, Jair Bolsonaro, an ultra-capitalist, has the support from USA, and that means a lot. And they support him simply because – he is not a communist.